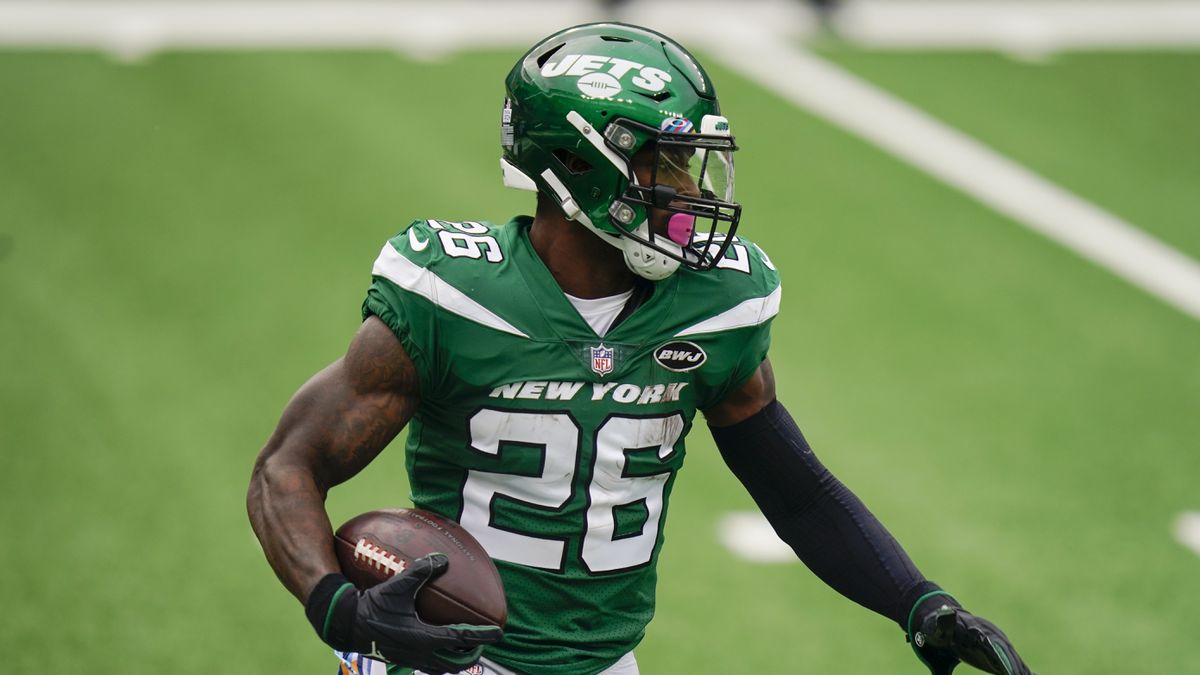 Le’Veon Bell became the latest Jets player to get the ax from a dysfunctional organization lost in the wilderness. Hours after the Daily News broke the news that Gang Green was trying to trade the disgruntled star running back, the team chose to release him after being unable to move him.

In the end, general manager Joe Douglas, who stumbled through his first full offseason with a series of curious decisions, got back no compensation for one of the game’s best dual threats of the past decade.

“After conversations with Le’Veon and his agent and exploring potential trade options over the past couple of days,” Douglas said in a statement released Tuesday night, “We have made the decision to release Le’Veon. The Jets organization appreciates Le’Veon’s efforts during his time here and we know he worked hard to make significant contributions to this team. We believe this decision is the best interests of both parties and wish him future success.”

Bell is finally freed from Adam Gase, who repeatedly disparaged the player behind the scenes after attempting to persuade team brass not to sign the perennial Pro Bowler in free agency last year.

“Got a lot to prove,” Bell tweeted after the team announcement that he was getting cut. “I’m ready to go.”

Sources told the News earlier Tuesday that Gang Green was shopping Bell with the hope of trading him sooner rather than later.

The Gase-Bell marriage was destined to fail after the head coach refused to adjust his offense to the player’s strengths. Along the way, Gase blathered on about how his plan was “in pencil,” while forcing Bell to conform to his offense. Gase’s stubbornness and ego carried the day.

Meanwhile, Douglas, who did little to nothing to help Sam Darnold, stripped his young quarterback of one of the few weapons that he actually did have.

While the teams with young quarterbacks across the league added weapons, Douglas bizarrely let a home-grown weapon that was developing chemistry with Darnold walk in free agency (Robby Anderson), put his support behind an injury-prone under-achiever (Breshad Perriman) and cut the cord on one of the most dynamic NFL weapons not so long ago without getting anything in return.

Bell, who endured a nightmarish first season with Gase, took to social media Sunday to “like” tweets about his poor deployment after getting targeted just once in a 20-point loss to the Cardinals that dropped the Jets to 0-5.

By then, it was over. Bell knew that he never wanted to play for Gase again.

“I know he’s frustrated that we haven’t won,” Gase said Monday after Bell had one target in a 30-10 loss to the Cardinals. “It wasn’t necessarily the plan of not targeting him in the pass game. It just kind of ended up being that way with how they were they were playing us. So that’s what it is. I mean, just try to find ways to move the football. That’s all we’re trying to do, and it doesn’t always go exactly as planned.”

“I hate that’s the route that we go with all this,” Gase added about Bell’s decision to express his frustration by liking tweets from others. “Instead of just talking to me about it but seems the way that guys want to do it nowadays.”

It was ironic given that Gase has spent years whining and complaining about players for team failures rather than accepting any ownership.

Gase claimed this summer that he would better utilize the best weapon at his disposal after his failures last season.

Bell, arguably the NFL’s most lethal dual threat with the Steelers, averaged a career-low 3.2 yards per carry. Bell’s total production dipped by 21 percent from his final season in Pittsburgh. His usage dropped by 24 percent

He rushed for 863 yards with 66 receptions for 500 yards in his brief stay with the Jets.

Gang Green tried to move Bell before the trade deadline last year, but found no takers because he was unwilling to restructure his contract.

The Jets were looking for a late-round pick and perhaps a middling player this time, according to sources, but found no takers. Interested teams were concerned about assuming the $8 million injury guarantee for 2021 in his current contract, according to a source.

Bell told friends after last season that he would likely request a trade if things continued to go south this season, sources said. He also expressed uneasiness about Gase’s weekly game plans last year without complaining.

Asked the day after the season whether he wanted Bell back as his starter in 2020, Gase oddly quipped: “Ask Joe (Douglas) tomorrow.”

“My personal experience with Le’Veon has been very positive,” Douglas said in January. “He’s done everything we’ve asked him to do as a person (and) as a teammate. … He’s one of our best workers. He’s one of our best teammates. He connects and engages with everybody. So, I can’t say enough positive things about Le’Veon.”

“Le’Veon brought energy to his teammates,” Douglas added in January. “The goal is for Le’Veon next year to have more production on the field.”

A rejuvenated 28-year-old Bell came to training camp in phenomenal shape with designs on proving that he could still be a difference maker. Gase gave more lip service in camp about how he was determined to get Bell more involved in the passing game.

“I feel like we can find better ways to get him the ball to help him create more explosive plays,” Gase said at the time. “We can get him in space better than what we did last year. I think there was a lot of good that did in the receiving game last year. But I don’t think we ever really gave him enough space to work. Because that’s his game. If he gets space to work, he’s going to make a guy miss… I think we really got to use the whole gamut and find as many different ways to get him the ball in space as possible.”

It was more mumbo jumbo by the fast-talking coach. Very little changed.

Along the way, Gase and Douglas further insulted Bell, who mentored James Conner in Pittsburgh, by waxing poetic about how 37-year-old Frank Gore would be a great example for rookie La’Mical Perine.

In the end, Gase did what so many people thought he would do: Marginalize one of the best players in the NFL.

Bell joins Jamal Adams, Robby Anderson and a list of fortunate others no longer a part of the NFL’s biggest circus.