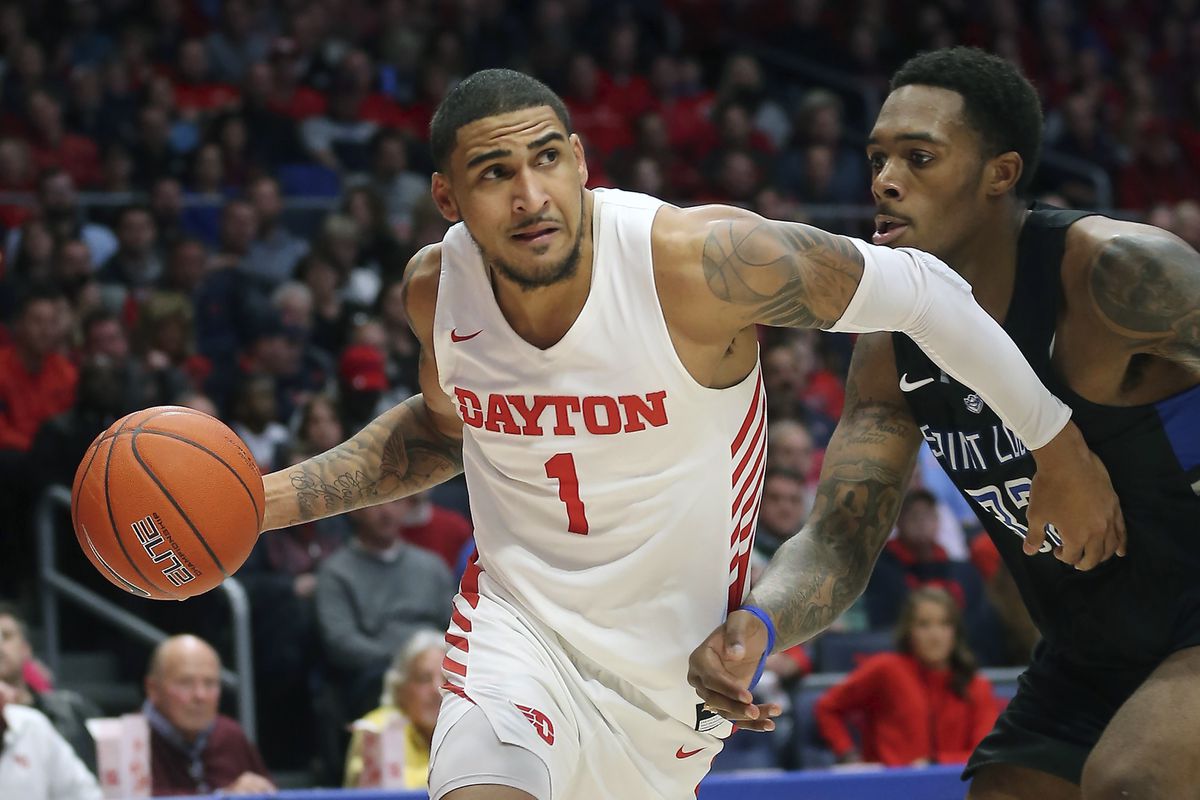 The Knicks didn’t have to trade up to get their high-flying target.

Brooklyn-bred Obi Toppin fell further than expected, down to the Knicks with their eighth pick, giving Leon Rose his first player acquisition as team president. At 21, Toppin was the Naismith College Player of the Year at Dayton and one of the more NBA-ready players in the draft. It’s also a homecoming for a power forward, whose father was a New York City streetballer named ‘Dunker’s Delight,’ and whose mother is a teacher in Washington Heights.

“I’m from New York, that’s why it’s important. Me repping my city, it’s amazing,” Toppin said through tears. “A lot of people pray top be in this position and I’m not going to take it for granted, I promise you that.”

Toppin’s strengths are his athleticism and offense. He’s a natural scorer who will thrive in the pick-and-roll (although to make that work the Knicks need a point guard), with upside comparisons to Amar’e Stoudemire and Kenyon Martin. The concerns are about his defense, which Toppin understands is non-negotiable with Knicks coach Tom Thibodeau.

“I learned a lot about coach during this pandemic and basically know that he’s a defensive coach,” Toppin said. “That’s one of the biggest things I need to work on. I feel like having him as a head coach, he’s going to make sure I lock in and I become great one day. I feel like if I get that defensive scheme down, I’m going to be a really great player one day. And I feel like everybody in this organization is going to help me be great and I’m glad I’m here.”

In some respects, the Toppin pick was predictable for the Knicks. He’s is repped by CAA, which is the agency that employed Rose and top executive William Wesley until they were hired by the Knicks. Toppin also spent the pandemic working out in South Jersey with Rick Brunson, who was Rose’s first NBA client as an agent and twice an assistant coach under Thibodeau (another CAA client).  So they had plenty of intel.

Still, it was surprising that Toppin, a projected top-5 pick, fell so far on draft night. He had a humble response to the drop. It probably helped Toppin landed at a preferred destination.

“Me hearing my name called is a blessing,” Toppin said. “A lot of people dream of this and there’s only 60 picks and I was one of those picks.  Whether I was one or 60, I had the blessing to be No. 8 and go to my hometown.”

So where does Toppin fit on the roster? It’s hard to tell because the Knicks have such a bare bones construction heading into free agency. They already have a ball-dominant power forward in Julius Randle, but his contract will expire after next season and he’s not part of New York’s longterm plans. The Knicks also have a promising center in Mitchell Robinson, an intriguing wing in RJ Barrett, and tons of cap space.  Toppin highlighted the partnership with Barrett.

There was much intrigue heading into the draft about whether the top-3 picks would be traded, but they all occurred without movement and largely as expected. Anthony Edwards went first to the  Timberwolves, followed by James Wiseman to the Warriors and LaMelo Ball to the Hornets.

Then it got interesting.

Patrick Williams shot up the board to fourth, going to the Bulls. Defensive specialist Isaac Okoro went fifth – higher than expected – to the Cavaliers. USC’s Onyeka Okongwu dropped to the Hawks at 6.  Point guard Killian Hayes went seventh to the Pistons.

Earlier Wednesday, the Knicks announced a swap of a swap of their 27th and 38th picks for the Utah Jazz’s 23rd pick. It represented Rose’s first trade as Knicks president, and a reason to believe New York wanted to create a package to move up even further. But they didn’t need to.

The Knicks have had five top-9 picks in the last six years, starting with Kristaps Porzingis going fourth in 2015. It should be a recipe for a strong roster, but for one reason or another, the picks haven’t panned out. Porzingis had the most potential but grew disgruntled with the franchise’s losing and was shipped to Dallas. Frank Ntilikina, taken eighth in 2017, hasn’t developed an offensive game. Kevin Knox, the ninth pick in 2019, remained inefficient and disappointing in his first two seasons. Barrett was taken third last year but didn’t make either of the All-Rookie teams.

Barrett and Robinson represent the brightest hopes for the Knicks future, but the roster clearly requires upgrades beyond the draft. They are expected to hold over $40 million in cap space, making them a major player in the upcoming free agency. They have the space to chase Toronto’s Fred VanVleet, or absorb Russell Westbrook’s massive contract in a trade. The Hornets were a candidate to acquire Westbrook from the Rockets, but drafting another ball-dominant guard Wednesday – LaMelo Ball – probably reduced their appetite for such a trade. The Pistons were among the few teams who could come close to matching New York’s 2020 cap space, but they traded for Trevor Ariza on Wednesday and, as a result, their cap space was cut $7 million to about $23 million.

The Knicks’ new regime has adopted silence as its identity. Rose didn’t hold an introductory press conference, and didn’t address the media ahead of the draft. The team hired Tom Thibodeau, who, by nature, is a win-now coach, but the franchise hasn’t played a game since March because of the pandemic. They can have up to eight free agents on the roster, and a lot remains uncertain with the season starting in about a month.