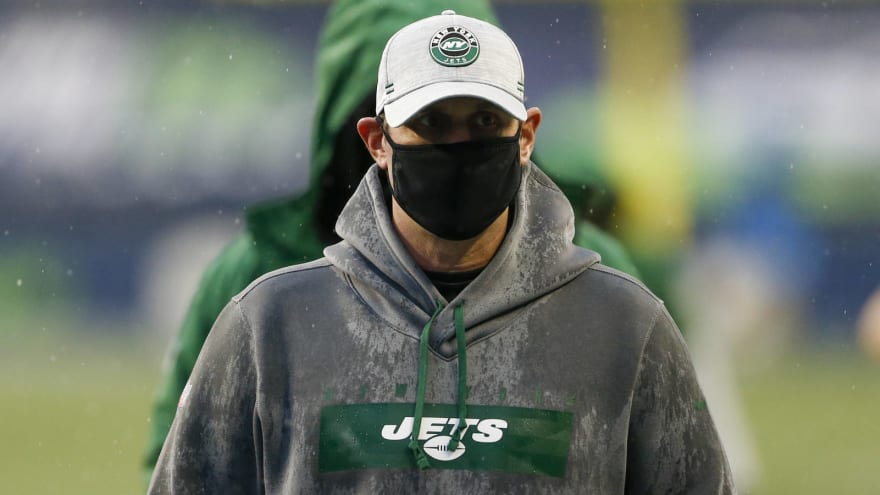 Then this week, there was a sports radio report that acting Jets owner Christopher Johnson had told Gase he was going to be fired.

The Jets stuck with Gase through 1-7 and 0-13 starts the last two years. But after Gase won a power struggle to replace Mike Maccagnan with Joe Douglas in the front office, Douglas will now have full control of the team.

The stats of Gase’s somehow-half-decade career as an NFL coach are staggering. He has 32 wins, and 33 double-digit losses. Both of Gase’s Jets teams were last in the NFL in yards; the 2019 Jets outscored Washington by ten points to grab the crown of 31st place. (The Giants are second-to-last this year, but 28 points ahead of the Jets heading into Sunday’s finales.)

And yet, the football coaching fraternity protects its own. Bill Belichick comically gassed up Gase all week ahead of Sunday’s matchup.

“As usual, his excellent game-planning and play-calling are problems for the defense,” Belichick said with a presumably straight face. “This is a team that’s gotten better. …They have a good system. He’s a good play caller. He puts a lot of pressure on defenses in the way he sets things up and uses personnel.”

And then it wasn’t so funny. A Boston Globe reporter said Monday that “the name to watch for the Patriots’ next quarterbacks coach” was Gase.