Trump: ‘nobody will ever know who really won’ NYC mayoral vote — ‘just like’ presidential election 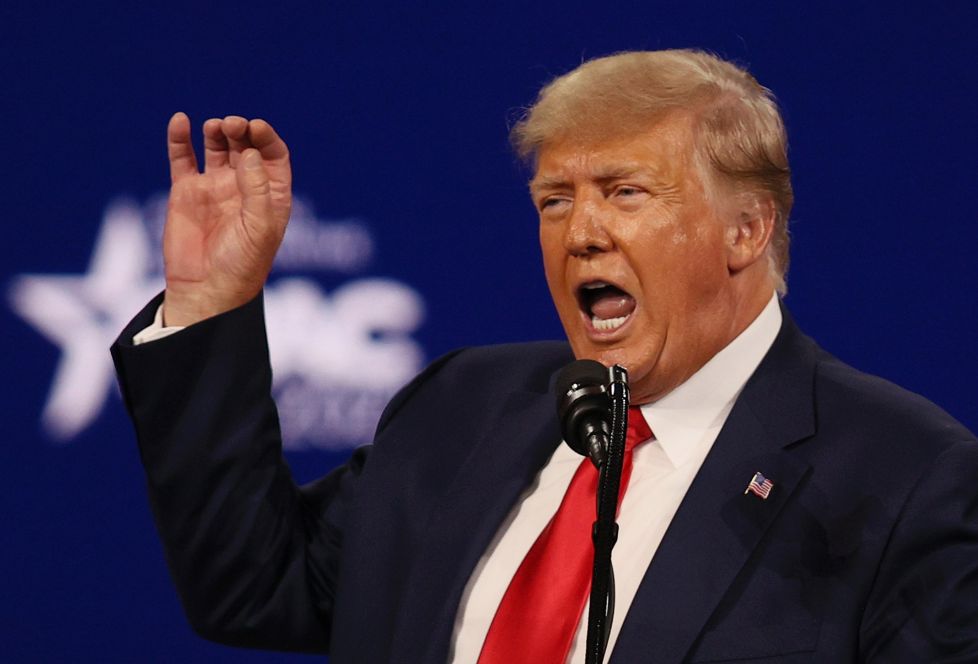 Former President Trump Wednesday gleefully compared the city Board of Election’s error-plagued vote count with his own 2020 election defeat.

“Just like in the 2020 Presidential Election, it was announced overnight in New York City that vast irregularities and mistakes were made,” Trump wrote in an email message. “The fact is, based on what has happened, nobody will ever know who really won.”

Trump pounced on the bizarre addition of more than 100,000 “test votes” into the official count, claiming the snafu means the only fair thing to do is to run the election all over again.

“Watch the mess you are about to see in New York City, it will go on forever,” Trump wrote. “They should close the books and do it all over again, the old-fashioned way.”

Trump compared himself to mayoral frontrunner Eric Adams, who held what Trump called an “almost insurmountable lead” only to see it nearly erased.

He suggested no one in New York should complain about the snafu since experts have accepted his own loss to President Biden.

“The New York City Election, even though an embarrassment and total mess, is far better and more accurate than my 2020 Presidential Election,” Trump said, without offering any evidence. “So what are people complaining about!”

Adams led rivals, Maya Wiley, by about 9% and Kathryn Garcia by about 12% in the initial count of first-place votes.

A botched Board of Elections count that was supposed to allocate ranked-choice votes closed the gap significantly and had Garcia leapfrogging Wiley into second place. But that count included about 135,000 test ballots, which should not have been tallied.

Officials said they would announce a fresh count Wednesday.

It’s anyone’s guess how the new count that excludes the dummy ballots will look.

Trump infamously refuses to accept the results of his loss in the 2020 presidential election, a lie that sparked the deadly storming of the Capitol on Jan. 6.

He falsely claims that the 2020 election was stolen from him, in part by Democratic cities dumping large blocs of votes for President Biden in swing states like Pennsylvania, Georgia and Michigan.

In fact, there was no meaningful fraud in the presidential vote count, as elections officials from both parties have said and scores of judges have repeatedly ruled.