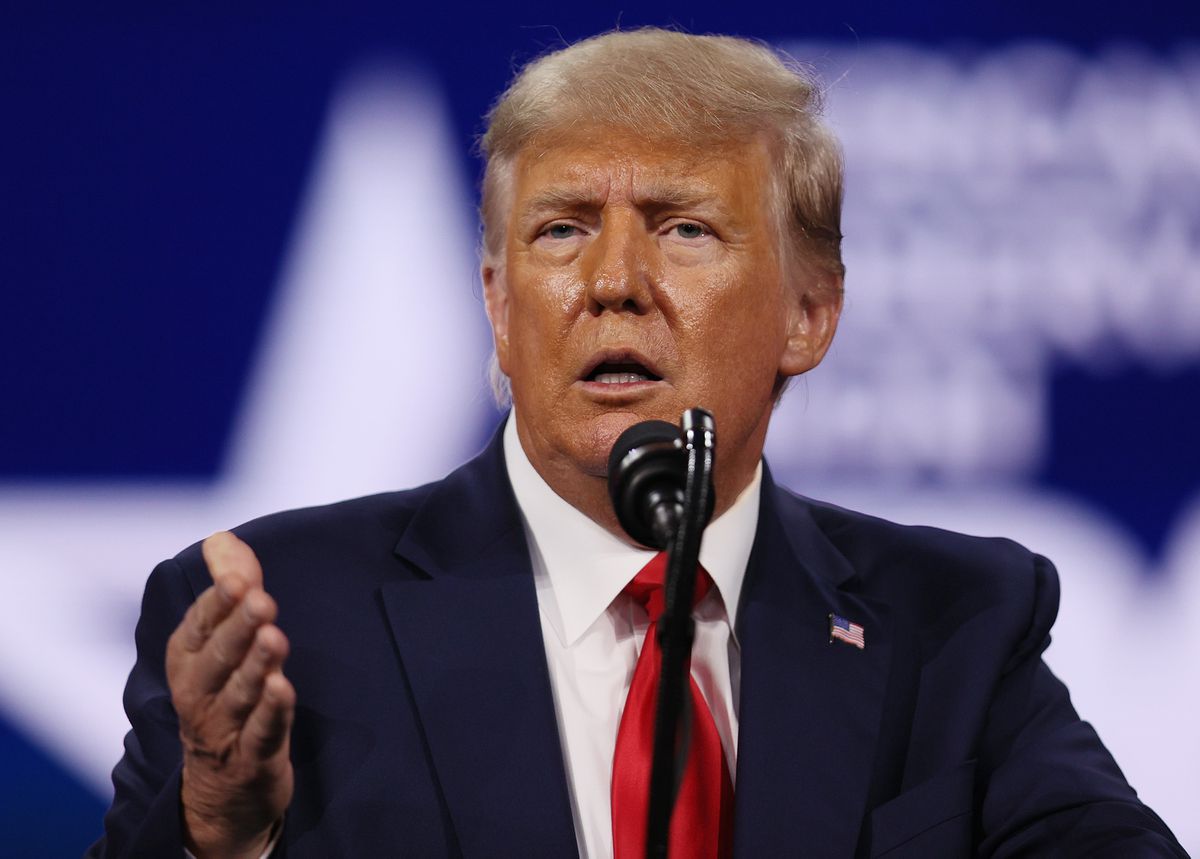 Donald Trump is in New York City this week to get up to speed about the ins and outs of his embattled namesake company, a person close to him said Monday, as the former president and his business associates remain in the crosshairs of multiple state prosecutors.

The Queens-born ex-president, who was spotted arriving at his Trump Tower apartment in Midtown on Sunday night, has recently expressed interest in reengaging with the Trump Organization, and “a major part” of his Big Apple trip is about that, said the source, who spoke on condition of anonymity to discuss private conversations.

“He’s quite curious about his businesses and his employees, his organization, and is eager to look under the hood,” the source told the Daily News. “He’s not entirely sure of the role he will play, but he misses it, for sure.”

Trump, a full-time Florida resident, is expected to stay in the city until Tuesday.

Details about whom Trump is meeting with during the visit were not immediately known. His spokesman Jason Miller did not return a request for comment.

Trump retained ownership stake in the Trump Organization throughout his presidency, but delegated day-to-day management to his two oldest sons. The real estate and hospitality biz, which has been hard-hit financially by the pandemic, remains headquartered in Trump Tower, where the ex-president was expected to stay for the duration of his visit.

Although Trump is not expected to meet with any prosecutors while in the city, his trip comes as Manhattan District Attorney Cy Vance Jr. and state Attorney General Letitia James are cranking up the heat in their respective investigations of the former president.

Vance, who’s investigating whether Trump and his company committed criminal insurance, bank and tax fraud by misrepresenting the value of assets, has directed his prosecutors to meet in person with Michael Cohen, the ex-president’s former personal lawyer, on Wednesday, a source familiar with the probe told The News.

Wednesday’s sitdown will mark Cohen’s seventh interview with the DA’s team, and one of his first in-person meetings, suggesting he’s of key interest to Vance.

In addition to scrutinizing Weisselberg’s role in Trump-linked potential wrongdoing, Vance has asked questions about his two adult sons, according to multiple reports — a tactic often used by prosecutors seeking to get a witness to cooperate in an investigation in exchange for leniency.

“They want him to turn” on Trump, a person familiar with the probe told Reuters on Sunday.

James is also investigating Trump for fraud, but on a civil level. Her office recently obtained reams of tax records from the Trump Organization relating to its Seven Springs estate in Westchester County, where the company once claimed an enormous $21.2 million tax deduction.