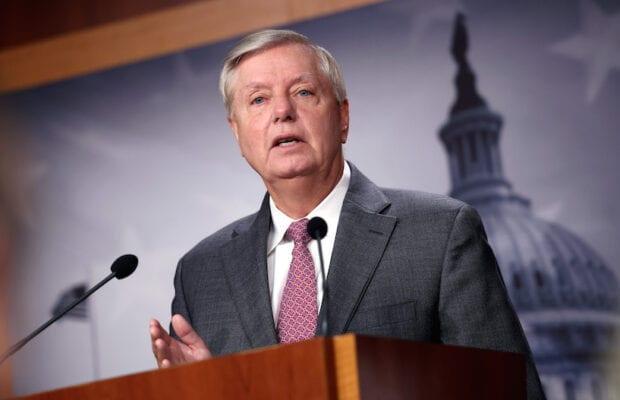 Sen. Lindsey Graham revealed Monday that he has tested positive for COVID despite being vaccinated against the virus.

The South Carolina Republican said he began to feel ill over the weekend and the House physician informed him of the diagnosis early Monday.

“I started having flu-like symptoms Saturday night and went to the doctor this morning,” Graham said in a statement. “I feel like I have a sinus infection and at present time I have mild symptoms.”

He added that he was glad he got the vaccine because without it, “I am certain I would not feel as well as I do now.”

The 66-year-old said he will be quarantining for 10 days, which could impact Democrats’ hopes of advancing President Biden’s $1 trillion bipartisan infrastructure bill. Graham is one of 17 Senate Republicans backing the package.

It’s not immediately known how much contact Graham has had with other pols in recent days.

The conservative lawmaker shared a photo back in December when he was one of the first Americans to get inoculated against coronavirus following federal emergency approval of the Pfizer vaccine.

He is one of the relatively small percentage of fully vaccinated Americans who have fallen ill with COVID in recent months.

Less than 0.1% of vaccinated Americans have tested positive for the virus. Those who do tend to experience less severe symptoms than the unvaccinated, according to data from the Centers for Disease Control and Prevention.

While so-called “breakthrough” cases are rare, federal officials have warned that fully vaccinated people infected with the highly-contagious delta variant can spread the virus as easily as those who are unvaccinated.

That led the CDC to recommend people in areas with high cases numbers to mask up, regardless of vaccination status.

The delta variant has led to an uptick in infections and hospitalizations, especially in areas with low vaccination rates.

Experts reiterated over the weekend that getting immunized against the virus is still the best option.

“If you do get infected, the likelihood of your getting a severe outcome of the infection is very low,” Dr. Anthony Fauci, director of the National Institute of Allergy and Infectious Diseases, told “Face the Nation.” “It is much more likely that you will be either without symptoms or minimally symptomatic. So the vaccine is doing what you want it to do. It’s protecting people from getting sick.”