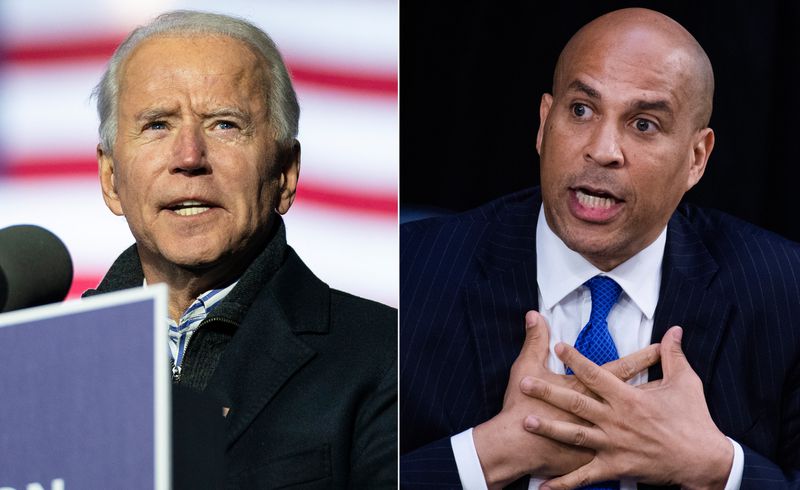 The Garden State remained true blue in terms of its presidential and Senate races Tuesday night – handing victories to Joe Biden and Corey Booker – but some major House races were still in the weeds.

In what many consider the hottest race in the state, Democrat Amy Kennedy is challenging incumbent Rep. Jeff Van Drew.

Elected as a Democrat in 2018, Van Drew famously fled the party in December and became a Republican due to the Democrats’ efforts to impeach President Trump.

His defection culminated with a White House photo-op, during which he pledged his “undying support” to Trump.

The southern New Jersey district includes Atlantic City and all or part of eight counties.

A majority of its voters supported Trump in 2016 but backed Democrat Barack Obama in his two presidential runs.

The 7th District includes parts of Essex, the state’s third-most populous county, as well as some of Somerset, Morris, Union and Warren counties – and all of Hunterdon.

Malinowski’s seat was previously held by a Republican, making him a target for the party hoping to regain ground in the House.

His race took a decidedly dark turn in September when Kean’s supporters aired advertisements falsely claiming he lobbied against a national sex offender registry to help predators “hide in the shadows.”

Malinowski vehemently denied the claim linked to his work as a lobbyist for Human Rights Watch. He worked on foreign policy issues at the nongovernmental agency, he said, not domestic legislation.