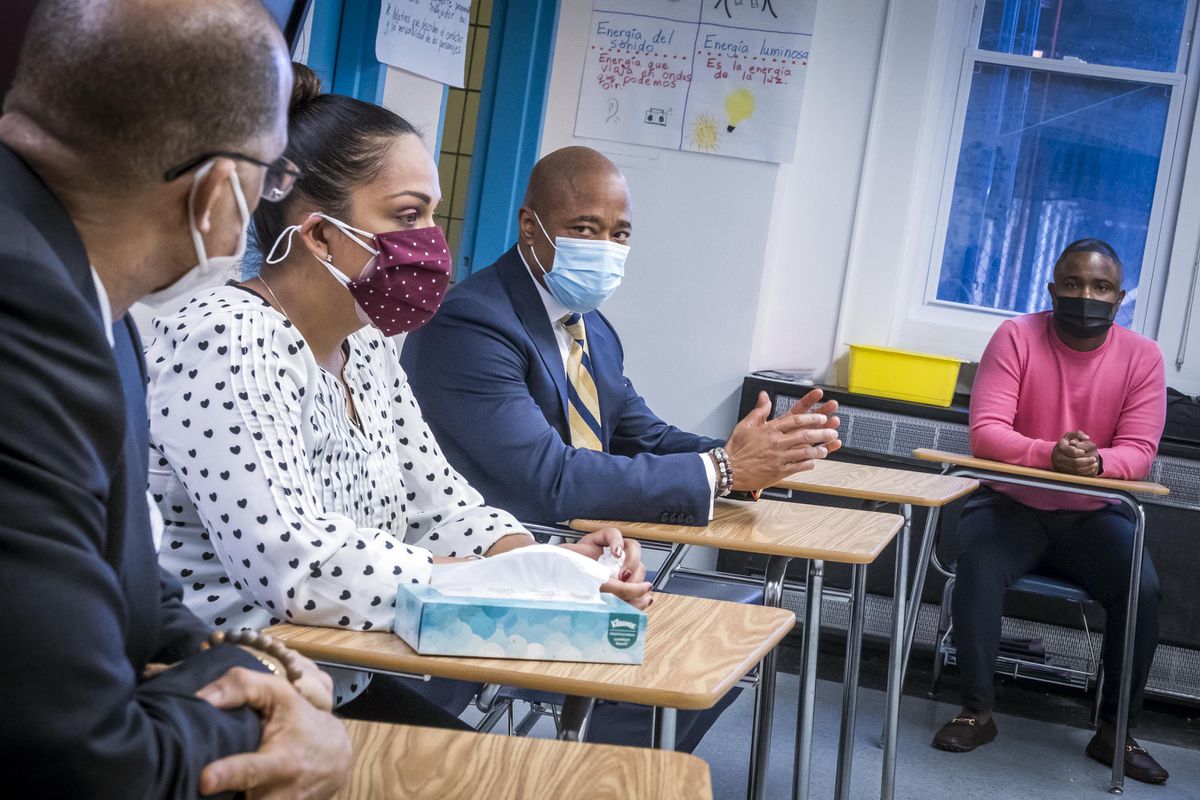 Mayor Adams is open to changing the process for parents to give consent for their kids to get COVID-19 tests in school, Comptroller Brad Lander said Wednesday.

Adams expressed his flexibility in call with city leaders, where Lander raised the idea of switching testing permission allowing parents to opt out, instead of choosing to be tested. Lander said he got a positive response for the mayor.

“I was encouraged by the fact that the mayor expressed a real openness” to the idea, said Lander, who added that Ted Long, the head of the city’s Test and Trace Corps, also seemed to support the proposal.

Adams spokeswoman Amaris Cockfield said, “the mayor’s office is thoroughly reviewing this proposal for any relevant issues — legal and otherwise — and their potential impact on our students and families,” but declined to give a specific commitment or timeline.

That low consent rate severely restricts both the range of kids participating in the weekly testing program, and the total number of tests performed each week — which is set at 20% of the number of unvaccinated kids with consent forms on file.

Elected officials including Lander have said the current volume of testing is insufficient given the surge in cases driven by the highly-contagious omicron variant.

Adams has resisted the idea of making weekly COVID testing mandatory for students.

An “opt-out” approach could quickly boost numbers while still giving parents who don’t want their kids to participate an option, said Lander.

“We don’t want anyone to keep their kid home from school if they don’t want their kid tested,” said Lander, “but my hunch is fewer than 10% would opt out of testing.”