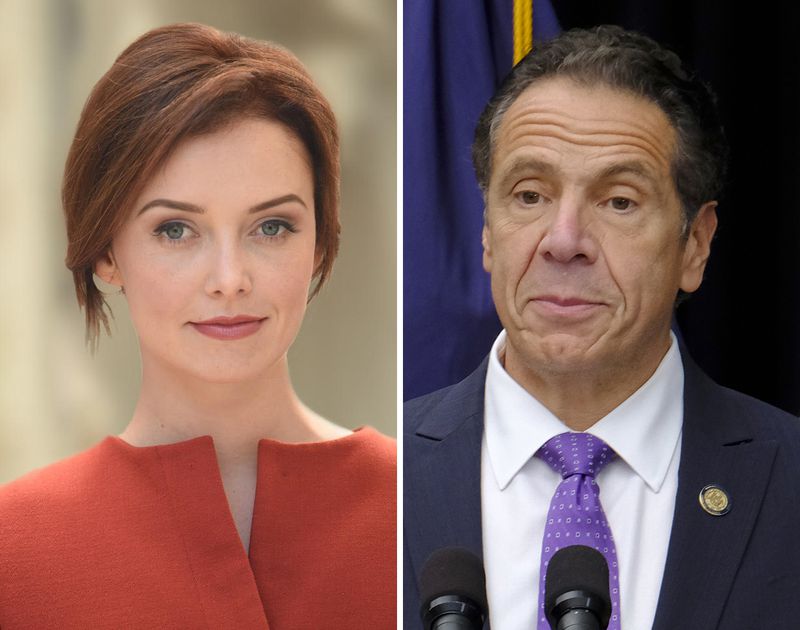 A former aide to Gov. Cuomo detailed accusations of sexual harassment against the governor in an essay Wednesday, alleging top female staffers “normalized” behavior that included unwanted kissing and touching.

Lindsey Boylan, the former deputy secretary for economic development and special adviser to the governor, said she was told by staffers that Cuomo had a “crush” on her and he constantly sought her out at events and even had aides arrange private meetings with her, where he made inappropriate comments and once kissed her on the mouth.

“Governor Andrew Cuomo has created a culture within his administration where sexual harassment and bullying is so pervasive that it is not only condoned but expected,” Boylan wrote in the essay. “His inappropriate behavior toward women was an affirmation that he liked you, that you must be doing something right.”

Boylan shares screenshots of emails and even texts with her mother from the time.

“I had complained to friends that the Governor would go out of his way to touch me on my lower back, arms and legs,” she writes. “His senior staff began keeping tabs on my whereabouts.”

Boylan first came forward in December, alleging on Twitter that Cuomo “sexually harassed me for years,” but declined to talk to the press about the charges.

Cuomo denied the accusations during a press briefing at the time.

“I fought for and I believe a woman has the right to come forward and express her opinion and express issues and concerns that she has,” the governor said. “But it’s just not true.”

In 2018, after being promoted to a senior adviser position, Boylan claims Cuomo “stepped in front of me and kissed me on the lips” during a one-on-one meeting at the governor’s Manhattan office.

Boylan says she first began to “truly fear” Cuomo two years earlier when she was invited to his office in Albany during a holiday celebration. She says she was summoned to the executive chamber and the governor gave her a tour of his office.

“As he showed me around, I tried to maintain my distance,” she writes. “He paused at one point and smirked as he showed off a cigar box. He told me that President Clinton had given it to him while he served as the Secretary of Housing and Urban Development. The two-decade-old reference to President Clinton’s affair with Monica Lewinsky was not lost on me.”

Boylan recounts other inappropriate comments and actions she says the governor made, including giving roses to female staffers and suggesting a game of “strip poker” during a flight from an event in October 2017

A Cuomo representative did not immediately respond to a request for comment on the new allegations.

In her essay, she recounts serving as deputy secretary for economic development under Cuomo and as his special adviser from 2015 until 2018, a position she was hesitant to take due to her fears about being in close proximity to Cuomo.

Personnel records from her time with Team Cuomo reveal that Boylan left her post under an administrative cloud.

The records, dated September 2018 and obtained by the Daily News late last year, show that at least two officials requested Boylan be “removed” from the office for requesting the resignation of an employee without authorization and for ordering around colleagues who did not report to her.

“Additional concerns” raised in the records included her treatment of three African-American women, who reported that Boylan bullied them and treated them “like children.”