If history is a guide, Trump will either win bigger than 2016 — or lose 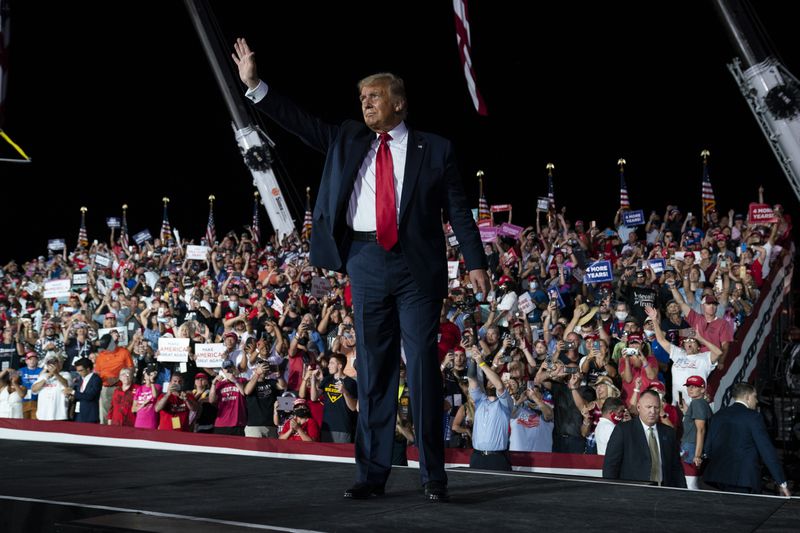 As the first Republican since 1988 to win any of the Rust Belts states of Michigan, Pennsylvania and Wisconsin in 2016, Donald Trump’s best route to reelection appears to be winning by a smaller Electoral College margin than last time around. He would need to retain at least one of those and hold serve on the more traditionally Republican states.

But history shows that this is an unusual path. Presidents usually either expand their victory total in their reelection race, or fall to defeat. Only twice have they won reelection with fewer Electoral College votes than they received the first time around.

The historical numbers tell the tale. Prior to this year, 26 presidents have sought and received their party’s nomination for re-election; 16 of them won. Of those 16, only two received fewer actual electoral votes in his re-election campaign and still managed to win re-election: Barack Obama and Woodrow Wilson. Only Obama, Wilson and James Madison did worse proportionally in their reelection campaigns.

Wilson’s electoral numbers are skewed by the strange twists of 1912. In that election, he triumphed in a three-person race against Teddy Roosevelt and William Howard Taft. Those two split the GOP vote, resulting in Wilson racking up one of the largest Electoral College margins in history, despite only getting slightly less than 42% of the popular vote. His 1916 reelection race was almost the exact opposite type of race. Wilson barely squeaked by, winning due to a combination of popularity for keeping the U.S. out of World War I and an odd feud between Republican nominee (and former Supreme Court justice) Charles Evans Hughes and California Gov. Hiram Johnson. His popular vote margin was much higher, with nearly 3 million more votes cast for Wilson’s favor than in 1912.

There are other caveats to the 16-person list above, but they are minor. Franklin Roosevelt did worse in his third and fourth victories, but he could hardly have done any better than he did in his crushing first re-election race, where he won all but Maine and Vermont. Andrew Jackson may have received a smaller total popular vote in his re-election campaign — although, back when Jackson was re-elected, not all states counted popular votes, so it’s hard to say for sure. Jackson’s popular vote total was impacted by the presence of one of the first powerful “shooting star” third parties, the Anti-Masons, though his percentage victory went up.

Of course, the big outlier, and the one that Trump and the Republicans are obviously hoping to emulate, is his immediate predecessor, Barack Obama. In his 2008 election, Obama won two Republican strongholds in Indiana and North Carolina, as well as the one Nebraska seat that is up for grabs due to their method of division by congressional seat.

In his reelection race, he lost all three of those, and performed significantly worse in the popular vote, losing 3.5 million votes — though his opponent only gained one million of those votes. The problem for the Republicans is that Obama did so well in 2008, and won highly unusual states for Democrats, that he had a big cushion. He still ended up with a four-point popular vote margin and 126 more Electoral College votes.

Trump doesn’t have these luxuries.

The other hope that Trump can look to is that lower-tier elected officials don’t seem to follow this “Do better or get out” rule. For instance, New York Gov. Andrew Cuomo saw his victory margin drop almost nine percentage points between 2010 and 2014. Texas Gov. Greg Abbott saw his margin drop as well. Even Ronald Reagan saw this happen during his gubernatorial career: He lost almost 5 percentage points from his original election in 1966 to his re-election in 1970.

None of this is to say that Trump couldn’t buck this historic trend. He did win two more states than needed and there were three, Minnesota, Nevada and New Hampshire, that he lost by a close enough margin that he may have a chance to take them.

But the challenge is a significant one. There is an obvious logic to the “Do better or get out” rule. As Reagan aptly put it, elections are often an answer to the question: “Are you better off now than you were four years ago?” If the answer is no, presidents can’t pass the buck upwards.