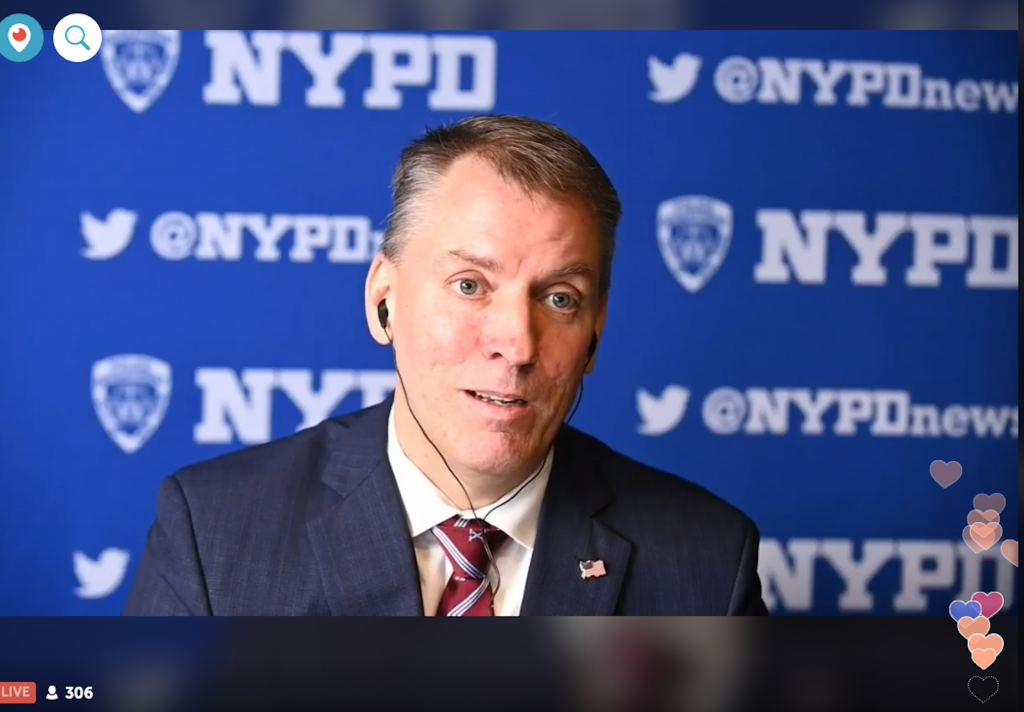 “We have issued a small number of summonses, even fewer arrests and tied to COVID,” said Commissioner Shea. “Are they mostly to minority members of this city? Yes, they are.”

Over 80 percent of people that have been issued summonses for violating social distancing rules have been Black and brown New Yorkers, according to NYPD data released last Friday. The data showed that between March 16 and May 5, the NYPD issued  374 summonses, about 10 a day. Out of those summonses, 193 went to Black New Yorkers, 111 to Hispanics New Yorkers.

Brooklyn witnessed the bulk of these summonses, 202 in total, according to the NYPD.

“I don’t think anyone would think that anyone would say that we are racist when we are delivering food to elderly victims when they are shut up in their apartment, or playing with kids or looking for things to do this summer in this great city which is going on as we speak,” said Shea responding to a reporter’s question on the disparity during the Wednesday press conference.

“Nobody is talking about the disparity of the last 10 homicide victims in New York City, and I think that should be spoken about, or the victims of robberies across the city,” Shea continued.

“Disparities exist in every facet of life, not just in New York City but in this country,” Shea added. “And it’s rooted in much deeper issues than the New York City Police Department.”

“I would urge caution now before any press conference is held …on a 10-second video where the police are dealing with individuals that quite frankly, don’t just fight with the police department, they fight with everyone.” she went on referring to the viral video of an NYPD officer taking down a bystander who watched officers arrest a couple for breaking social distancing rules in the East Village.

They fight with their significant other, they fight when they go to court… they are gang members and we expect our police officers to do the best they can.”