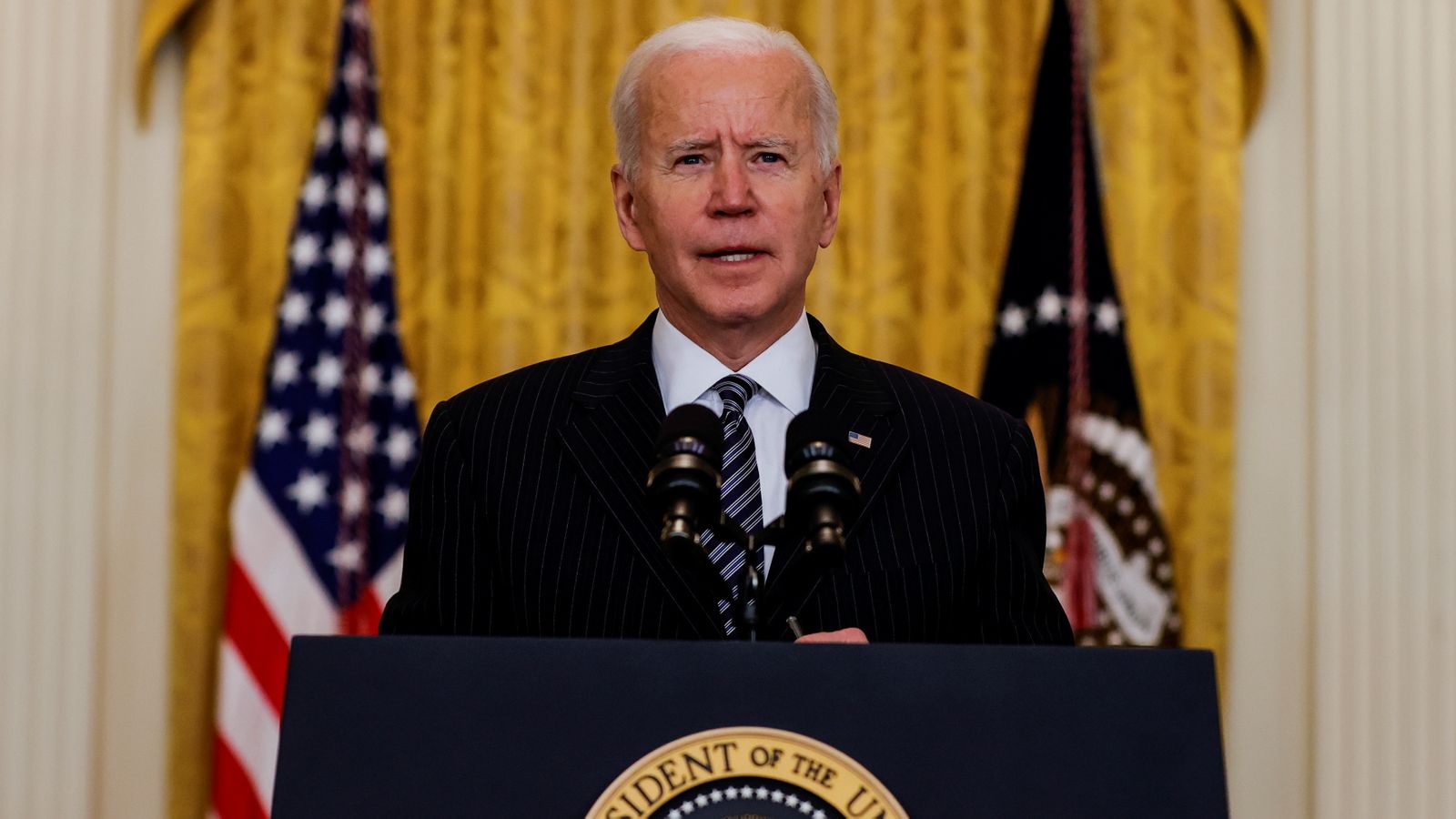 The U.S. will vaccinate its 100 millionth resident against COVID-19 on Friday, meeting the momentous benchmark more than a month ahead of schedule, according to President Biden.

Biden announced the expected timeline for the 100 millionth shot while providing an update Thursday on his administration’s effort to vaccinate the nation out of the deadly pandemic.

“I am proud to announce that tomorrow, 58 days into our administration, we will have met my goal of administering 100 million shots to our fellow Americans. That’s weeks ahead of schedule,” said Biden, who upon taking office set a goal of immunizing 100 million Americans within his first 100 days as president.

He added, “But that’s just the floor. We will not stop until we beat this pandemic.”

The president credited the faster-than-expected pace of vaccinations to a surge in production of the Pfizer and Moderna shots, as well as the recent authorization of the Johnson & Johnson candidate.

The J&J shot, which, unlike Moderna and Pfizer, only requires one dose for efficacy, is being manufactured with the help of a fourth pharmaceutical company, Merck, which abandoned its own plan for a vaccine to help speed up production.

With manufacturing ramping up, the White House also announced Thursday it is finalizing a plan for the U.S. to ship 4 million doses of a fourth vaccine, developed by AstraZeneca, to Mexico and Canada.

Tens of millions of doses of the AstraZeneca candidate have been stockpiled in the U.S., even though it’s still awaiting authorization from federal regulators.

Allied nations like Mexico have been pressing the U.S. for months to share some of its vaccine supplies, but the Biden administration initially rebuffed the requests, causing some tension.

White House press secretary Jen Psaki said the export of the AstraZeneca vaccine doses won’t interfere with the Biden administration’s expectation of having enough vaccine supply for every American adult by the end of May.

On a sobering note, Biden said it remains crucial that Americans continue to take public health precautions as COVID-19 continues to kill hundreds of people in the U.S. every day.

“This is a time for optimism, but it’s not a time for relaxation,” he said. “I need all of you to do your part: Wash your hands and stay socially distanced, and keep masking up.”