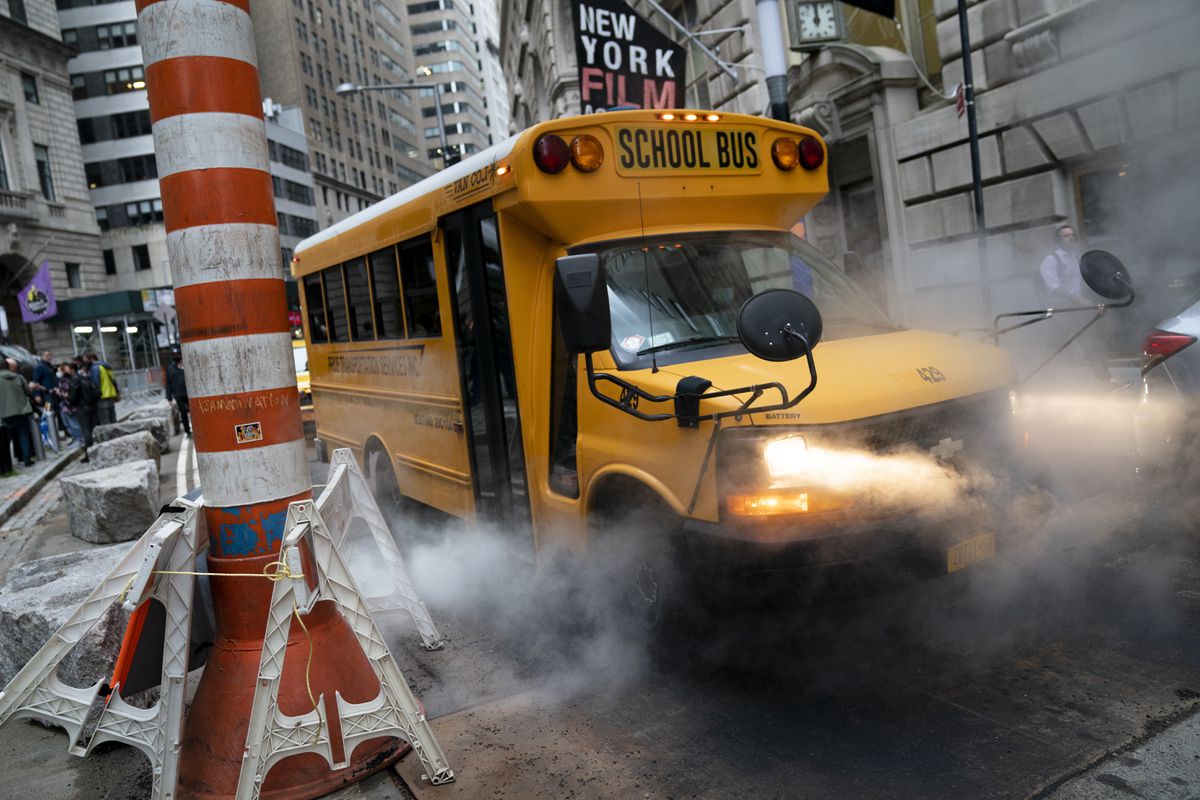 The wheels on the bus go round and round — too fast for children’s safety.

Some New York City school bus drivers have a need for speed, racking up a total of thousands of traffic tickets for recklessly operating the big yellow vehicles that carry roughly 150,000 schoolkids every day.

Some 65% of the city’s school buses have been issued at least one speeding or red light camera ticket since 2014, a Daily News investigation found. Those tickets were issued to 6,895 of the 10,497 buses registered in the city to transport schoolchildren.

Eighty-six school buses amassed 20 or more speeding or red light camera tickets during the period covered by reporters’ data analysis, which was assisted by Brian Howald, a street safety advocate who runs the website How’s My Driving.

And all of the speeding tickets uncovered by reporters’ probe would have been issued in the 750 school zones where the city has installed its speed cameras.

It’s unclear how many of the tickets were given to buses with schoolchildren aboard.

“Parents across the city trust school bus drivers with their children every day, and we expect them to have a sterling safety record,” said Marco Conner DiAquoi, deputy director of the street safety advocacy group Transportation Alternatives.

At least nine people in the city have been killed in school bus accidents since Mayor de Blasio took office in 2014.

In February, a 6-year-old Brooklyn boy who just missed his bus’ closing doors died after the driver hit him at Hooper and South Fifth Sts. in Williamsburg as the bus pulled away.

After the accident, the driver kept moving, apparently unaware he had hit the boy.

And in February 2020, a 10-year-old girl’s death was blamed on the bus driver who struck her in a crosswalk at Wortman Ave. and Crescent St. in East New York, Brooklyn. The driver was charged with failure to yield to a pedestrian and failure to exercise due care.

Records reporters obtained via a Freedom of Information Law request show that since January 2014, city school buses have piled up a combined 26,339 speed camera or red light tickets.

A majority of those violations — 14,370 — have been recorded since 2019, the year state lawmakers approved legislation allowing the city to install hundreds of new red light and speed cameras in school zones.

One of the biggest offenders is Fortuna Bus Co., which started business in 2005 and operates 42 school buses that on average have clocked a combined 446 speeding or red light camera tickets since 2014 — a rate of 10.6 tickets per bus — making it the city’s most reckless fleet.

One of Fortuna’s buses received 47 of those tickets, including 15 speeding tickets and five red light camera tickets so far in 2021, records show.

Pinkus Vaysberg, owner of Fortuna Bus Co., blamed his drivers’ recklessness on the recent boom of traffic enforcement cameras across the city.

“There are too many cameras in Brooklyn,” said Vaysberg. “What am I supposed to do? My drivers are good. They are not dangerous. Everything will be OK. I will tell them to stop speeding.”

Records show another company that employs school bus speeders is Y&M Transit Corp., which operates 235 buses that have 1,765 speeding tickets and 349 red light camera tickets since 2013. That works out to an average of nine tickets per bus.

Y&M buses have racked up at least 408 speeding and red light camera tickets so far in 2021.

Y&M is owned by Joseph Fazzia. He also owns the bus contractor Jofaz Transportation, which has a bus that has received 20 speeding tickets over the past year — including five on July 22.

Fazzia blamed the serial recklessness on his drivers, saying he was “in the process of negotiating those issues.”

De Blasio has called the city’s school bus system “archaic,” and a year ago began an effort to bring it more directly under city control by purchasing Reliant, the city’s largest bus company — a move that’s drawn some skepticism from critics because the company’s owner has donated to de Blasio’s political efforts.

Once the deal is final, Reliant’s buses and routes will be operated by a city-controlled nonprofit.

Reliant does not have an immaculate safety record. Its fleet of 998 school buses has recorded 2,360 red light and speed camera tickets since 2014, or about 2.3 violations per bus.

“Safety is our top priority and no bus drivers should be driving above the speed limit,” said city Education Department spokeswoman Katie O’Hanlon. “All bus vendors and their drivers complete rigorous safety training, have clean driving records before being hired, and for context, we complete over 9,000 routes a day.”