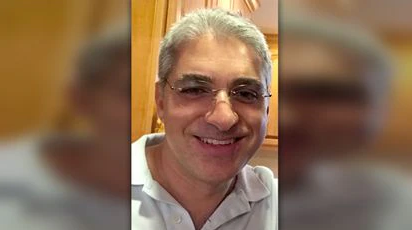 A private plane crash in Aspen, Colo., killed two Manhattan men — a veteran pilot and his passenger, an oral surgeon who traveled the world to help children in need, authorities and grieving relatives said Monday.

Search-and-rescue volunteers discovered the bodies of Dr. Ruben Cohen, who lived and worked on the Upper East Side, and David Zara, who was from the Upper West Side, about 5:30 p.m. Sunday inside the wreckage of a Beechcraft Bonanza aircraft about 9 miles outside Aspen, the Pitkin County sheriff’s office said.

The men had taken off from Aspen-Pitkin County airport headed for Des Moines about 4:30 p.m. Saturday, officials said. When the two men still hadn’t arrived a day later, a friend called aviation authorities to report both men and the aircraft missing.

Cohen, who maintained a Park Ave. practice, regularly offered his medical skills to those in need across the world, a close relative told the Daily News.

He was also involved in Sept. 11 rescue efforts at Ground Zero, and worked in the Israeli Defense Force Field Medical Hospital after the 2010 Haiti earthquake, according to an online profile.

“He traveled the world helping children with cleft palates and facial deformities. He was involved in many local organizations that helped others with the same problems,” the relative said. “He was an amazing husband, father and son. He leaves two children. We’re not doing well at all.”

Zara founded private charter companies Tradewind Aviation and Zen Air, though he had not been actively involved in management of the latter for several years, a company spokeswoman said.

“We are all so sad to hear this news,” said a Tradewind representative.

“David was incredibly charismatic, thoughtful, and had a passion for flying. He will be deeply missed. Our thoughts are with the Zara family and the many who were privileged to have called David a friend.”

He was also a devoted dad to his son and daughter, neighbors said.

“His kids were No. 1 for him,” said Bobby Reckovic, the doorman and super at his apartment building. “He might not have been here all the time, but when he was here, he was always with his kids.”

Reckovic called Zara a stickler by the rules, and said he recently retook his pilot certifications. “He was a straightforward guy, he did everything by the book,” Reckovic said. “He went back and redid all the tests for flying … he went back to school to take the tests after COVID.”

“He was one of those very likable people,” Lawton added.

A helicopter flown by the Colorado Army National Guard recovered the two men’s bodies from the wreckage.