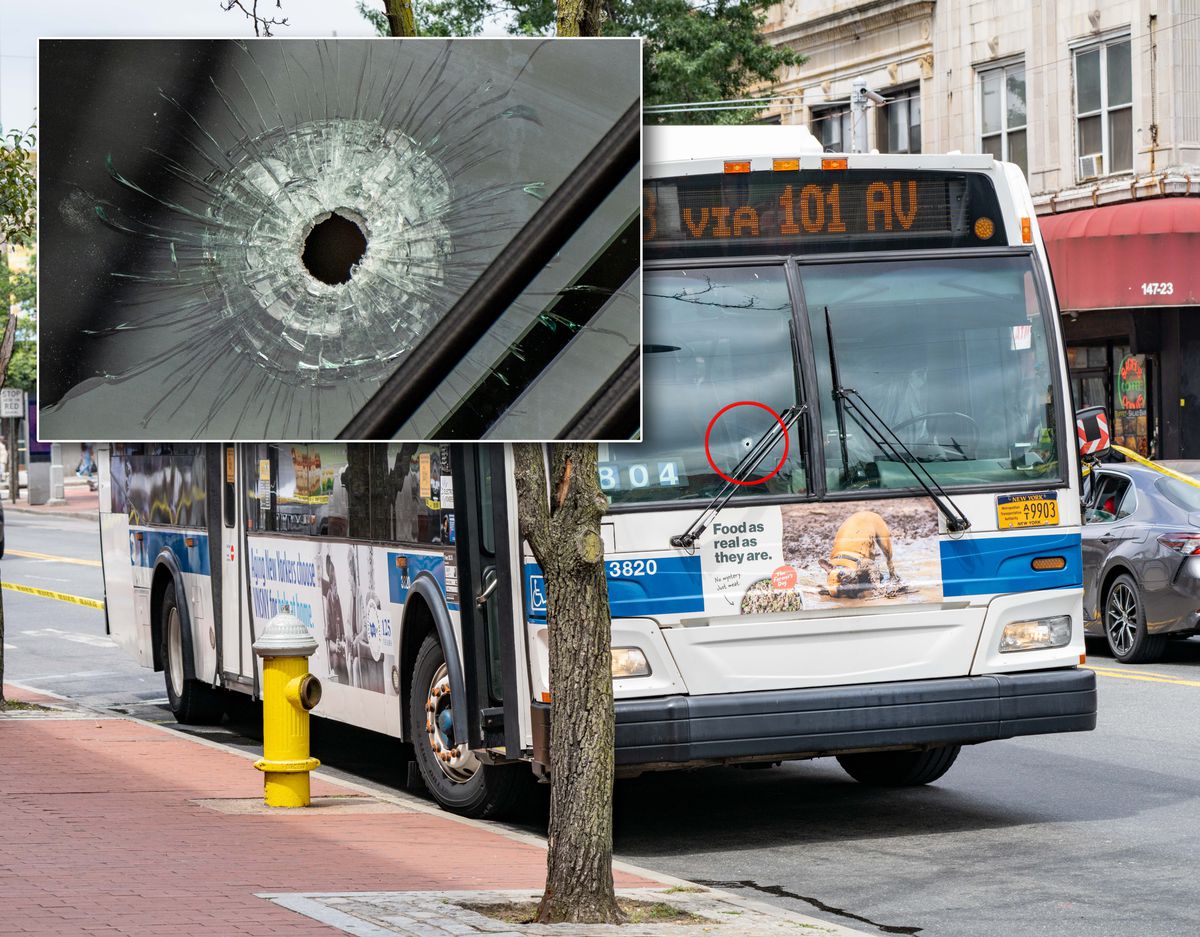 A gunman opened fire on a rival boarding a bus in Queens on Thursday, hitting two innocent riders inside, officials said.

The shooter was standing outside a Q8 bus idling at the corner of 148th St. and Jamaica Ave. in Jamaica around 9 a.m. when he pulled a gun on a man he was arguing with, NYPD Chief of Detectives James Essig said.

“One of those people who was disputing gets on the bus, the other man pulls a gun, fires it into the bus, striking two innocent people on that bus,” he explained.

The argument was sparked by a “stare down” between the two men, the chief said. About 20 passengers were on the bus when the gunman opened fire.

One bullet blasted through a bus window, striking a rider standing near the front door in the arm, NYC Transit Interim President Craig Cipriano told the Daily News. The bullet then ricocheted and grazed another resident’s arm, he said.

“My heart goes out to the customers and our bus operator,” Cipriano said. “I can only imagine what they went through today.”

The Q8 bus was on its way to Jamaica Terminal when the shooting occurred.

“He came off the bus, flagged down a police officer nearby and the police officer was able to make the arrest,” Cipriano said. “He was shaken up — rightfully so — but there [were] no physical injuries and he seems to be doing well.”

Two cops and an off-duty police officer chased down the fleeing gunman and recovered the gun.