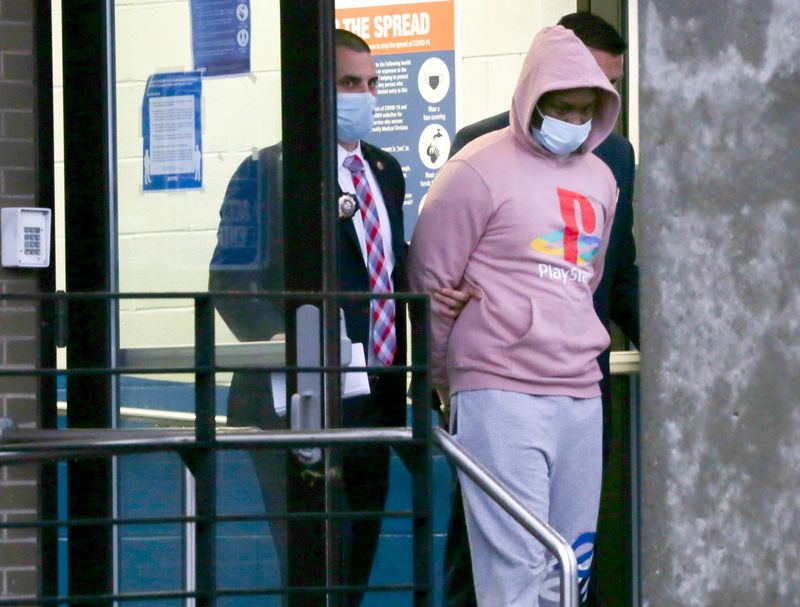 A third man has been charged in connection with the stray bullet slaying of a Queens mother caught in the crossfire of a gang shooting as she walked home from a store in March, police said Wednesday.

Benaiah Reid, 19, was picked up by U.S. Marshals in Polk County, Fla., on April 22 and extradited back to New York this week, police said. He’s facing multiple charges, including murder and criminal possession of a weapon, for the fatal shooting of Gudelia Vallinas, 37.

Vallinas was gunned down at the intersection of 48th St. and Broadway in Astoria on March 12 as Crips gangbangers opened fire at an unidentified male target, police and sources said.

Caught in the crossfire, Vallinas was shot in the head, and pronounced dead at Elmhurst Hospital Center.

Police arrested Dajuan Williams, 19, in connection with the shooting early last month. He was charged with murder and criminal possession of a weapon. Williams was held without bail after an arraignment in Queens Criminal Court last month.

A second man, Alexander Acevedo, 25, was charged with criminal possession of a weapon and reckless endangerment for his role in the shooting.

Vallinas, a Mexican immigrant, is survived by her husband, their 11-year-old son and their 9-year-old daughter.