Take your shot! Experts say New Yorkers should get COVID vaccine, but may not 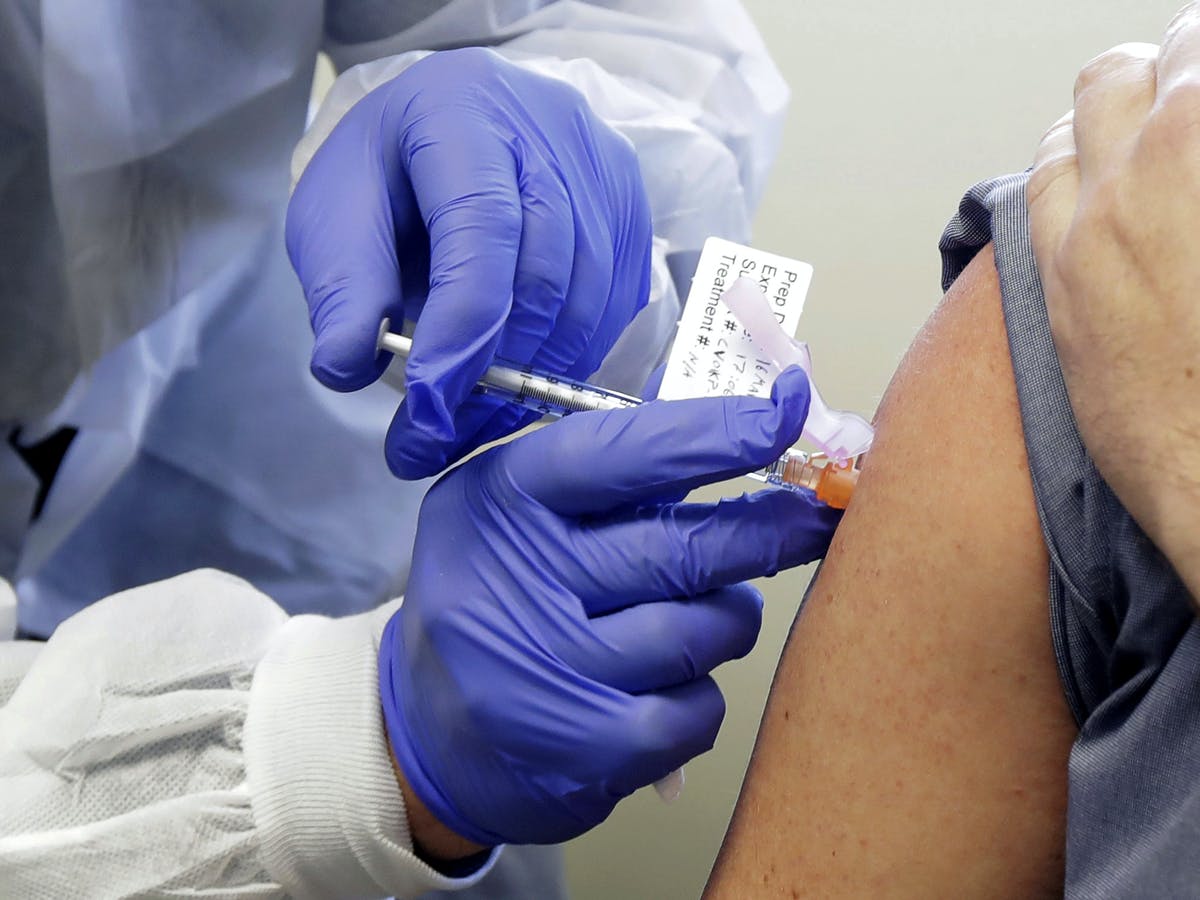 When the first COVID vaccines hit New York in the coming weeks, the real trial of who’s willing to welcome them with open — and bare — arms begins.

Experts and public officials say the U.S. needs upwards of 75% adoption to start seeing herd immunity by next summer. They’re rolling up their sleeves to get us there.

“Whatever vaccine becomes available first will be worth taking. I plan to lead by example and receive it,” Dr. Robert Atmar, one of the 15 voting members on the Centers for Disease Control’s Advisory Committee on Immunization Practices, told reporters.

John Moore, a virologist at Weill Cornell Medicine, said he’ll have “no hesitation” getting vaccinated the day after one has been approved.

“This is the one, best chance we’ve got of 2021 becoming a normal year,” Moore told The News.

“You know how long it took for the 1918 influenza pandemic to fade away? It lasted until 1921. Coronavirus isn’t going to just go away. If we don’t deal with this, we’re not going to have a good 2021,” he said.

But more data and education will be key to mass adoption, the experts said, so they’re eagerly awaiting the Food and Drug Administration’s Dec. 10 discussion of Pfizer’s new vaccine.

Moderna has a similar vaccine due to be discussed at a follow-up meeting Dec. 17.

“The independent experts on the FDA panel are people of high expertise and impeccable integrity,” Moore said. “What they recommend is what I’m waiting for.”

Both Pfizer and Moderna reported stunning efficacy rates of 95% and 94% for their respective candidates last month. The Pfizer trial studied 44,000 people while Moderna’s had 30,000 volunteers.

The new vaccines are part of a sophisticated new class that doesn’t rely on the familiar method of isolating a pathogen, purifying it and turning it into a dead or weakened version for re-injection.

Instead, they’re based on messenger RNA “platforms,” meaning they never touch live virus. They take the genetic sequence of the coronavirus’ spike protein from a computer and use it to synthesize messenger RNA that’s delivered through an injection.

The messenger RNA tricks the body into creating a harmless protein that triggers an immune response. It doesn’t affect a person’s DNA and degrades over time, so it’s still not clear how long any protection lasts, said Dr. Anthony Fauci, director of the National Institute of Allergy and Infectious Diseases.

Dr. Atmar, who also works at the Baylor College of Medicine in Houston, said the first wave of inoculations earmarked for healthcare personnel and nursing homes could be the trickiest.

“I’m hearing from both doctors and nurses that some are not interested in being the first in line… (They) want to see how their friends and colleagues react first,” he said. “That’s human nature.”

“A lot of these health professionals have learned how to protect themselves over the last six to nine months and probably feel somewhat comfortable about being able to do that a bit longer,” Atmar explained.

“As we get more experience, and people see others around them getting it, I think there will be widespread acceptance,” he said.

By the time doses are available for healthy people at their local pharmacy — hopefully by early spring — average Americans should feel even more at ease, Atmar said.

“In almost all vaccines evaluated through Phase 3 trials, significant safety issues tend to appear within the first one to two months. We haven’t seen these concerns or unexpected events occurring,” he said.

If Pfizer’s vaccine gains emergency use authorization after Thursday’s meeting, the first doses for New York could arrive by Dec. 15, Gov. Cuomo said.

Detailed timelines for ongoing distribution remain in flux. Pfizer reportedly admitted it ran into supply chain issues and had to slash production projections.

And as public health officials hammer out plans for when each new group can get in line, New York City’s health commissioner revealed Friday that kids under 18 won’t be eligible anytime soon due to a lack of testing in that age range.

The spring seems like a steady bet for the rest of the population to get inoculated.

“A healthy non-elderly person with no recognizable underlying conditions, will likely start … in the end of March, early April. Once you get into April, probably full blast with those individuals.” Fauci told CNN on Friday.

A sampling of New Yorkers by The News found many still have questions. Some were downright suspicious.

“You couldn’t pay me to take (a COVID vaccine),” Mike Galw, a 64-year-old contractor from Washington Heights, said. “I don’t believe in them. I don’t even get a flu shot.”

“I’ll definitely take the vaccine when it comes out. My father is in a nursing home in Manhattan, and I haven’t seen him since March,” Mei Leung, a 45-year-old resident of Bay Ridge, Brooklyn, said.

Jeremy Merrin, owner of the popular Havana Central restaurant in Times Square, said he plans to book an on-site vaccination clinic for his employees once shots for the general population become available.

“We are for sure going to ask staff to get it. Every year, we’ve offered free flu shots to the entire staff. Less than half of the staff availed themselves last time, so it’s not going to be easy,” Merrin said.

“If we’re allowed to require it, we probably will at some point, simply so I can know my staff is safe and wouldn’t be exposing our guests to anything,” he said. “I would be first in line.”

According to the latest Pew poll, about 60% of Americans would be willing to take a vaccine.

“It’s sad, but there’s distrust, particularly by people who surf the internet and tend to believe whatever they read. And the really hardcore anti-vaxxers are not going to be persuaded,” Moore told The News.

“But I do believe a significant portion of the public is just waiting to see what happens with the first group to get the vaccines. I think in the end, we will see they are safe and effective,” he said.

“You have to ask, ‘What’s the alternative?’” he said. “Do you want to continue to go through this sad period of American life all next year and even beyond?”