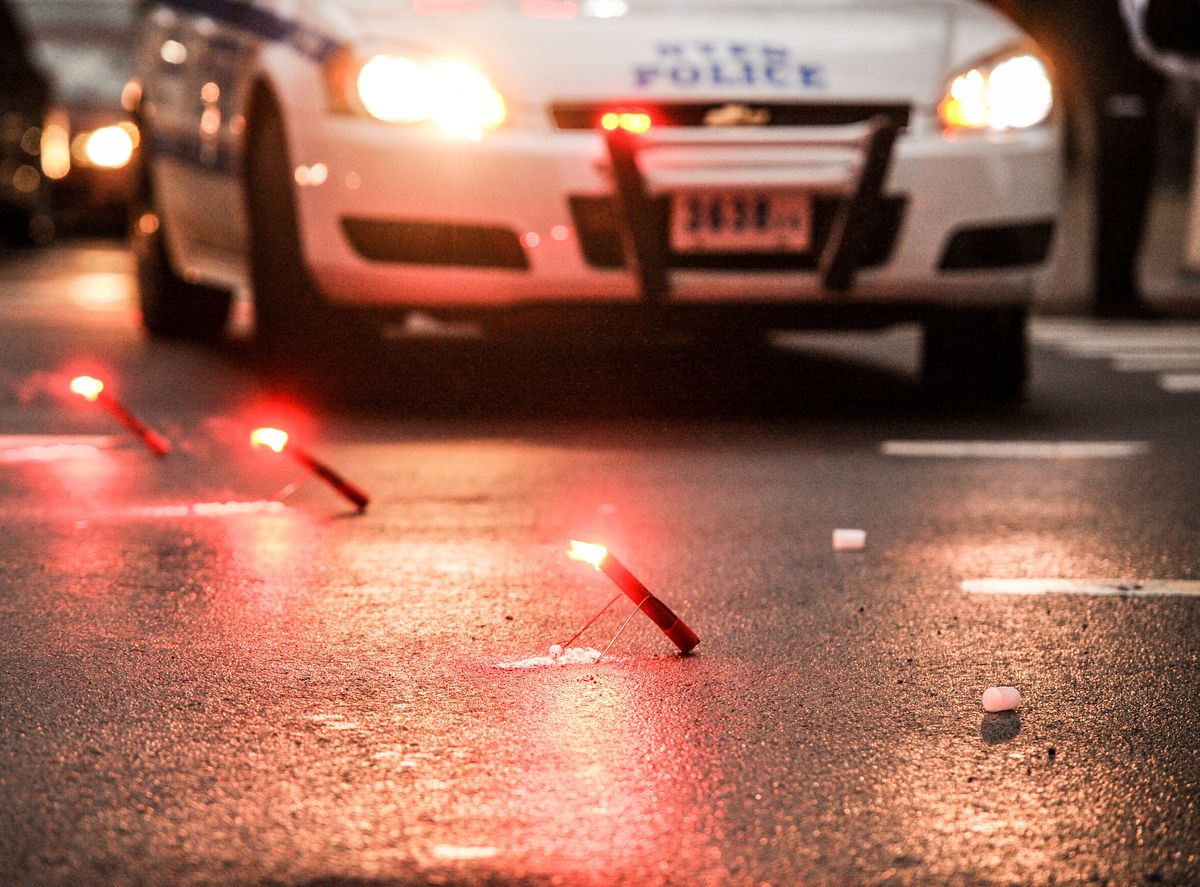 Kreshnik Kajtazaj was speeding east on Morris Park Ave. in a 1998 Mercedes-Benz ML320, blowing through red lights, when he veered off the roadway near Haight Ave. and slammed into a pole about 12:15 a.m., police said.

Kajtazaj, 26, died at the scene from severe head trauma.

“He had such a passion for life,” his grieving mother, Florina Kajtazaj, told reporters. “So many friends.”

Medics rushed Kajtazaj’s 24-year-old passenger to Jacobi Medical Center, where he was in critical condition.

Grieving friends streamed into Kajtazaj’s family’s home a mile from the crash scene in the hours after he died. The family is originally from Kosovo.

“We’re a family of eight,” the mother said. “We fled the country, the war, to come for a better life.”