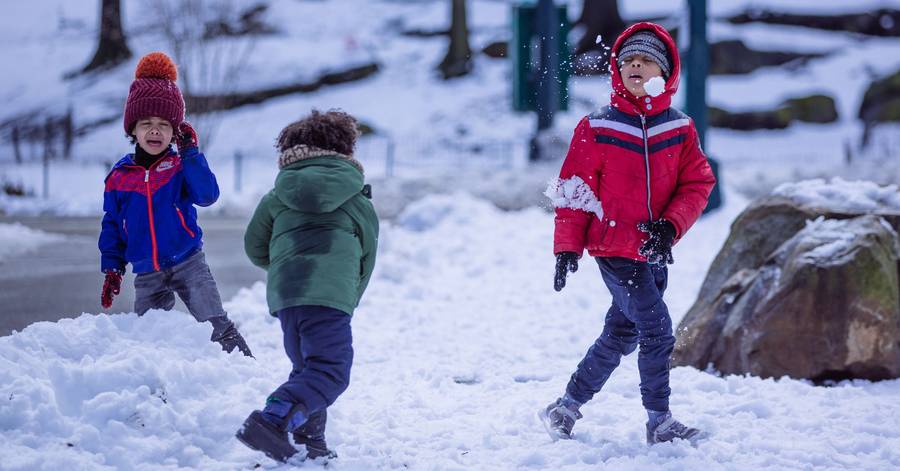 In what could prove to be the most controversial statement of his tenure, Mayor de Blasio declared Tuesday that snow days for New York City school kids are a thing of the past.

Students taking in-person classes can blame that cold, cold new reality on remote learning, which has become necessary and almost universal due to the COVID pandemic.

A snowstorm set to hit the Big Apple in the coming days forced Hizzoner to go into full Grinch mode and confront the issue head-on Tuesday.

“We’re about to potentially experience something we’ve never experienced before in the history of New York City, which is if we did have a snow day — meaning kids couldn’t physically go to school — we still have remote learning in place,” he said at his Tuesday press briefing. “Someone said to me the other day they felt kind of forlorn about the fact that ends the snow day as we knew it as kids when we looked forward to a day off.”

Forlorn or not, de Blasio plans trudge forward with eliminating the time-honored and beloved tradition.

The city, he suggested, must now prioritize the practical.

“Yes, it’s true. That’s now going to be a thing of the past, that even when kids are home because of snow, they’ll still be learning,” he said. “I’m kind of sad for the kids on the one hand, but on the other hand, we’ve got a lot of learning that needs to be done and a lot of catching up.”

De Blasio said he doesn’t expect in-person learning to be suspended Wednesday when the snowstorm is predicted to hit the city, but held out Thursday as a possibility.

In-person students would stay home in the event of closures, but would still take their lessons remotely.

Some city parents say that even if the Education Department has the capability to keep classes running as the snow piles up, that doesn’t mean they should.

“A lot of kids are already sedentary because of extra precautions in their homes because of COVID and remote learning,” said Kaliris Salas-Ramirez, the mom of an elementary school student in Manhattan and president of the Community Education Council for East Harlem’s District 4. “To take away the joy of a snow day is cruel and unusual punishment.”

“Both teachers and students deserve a break after this intense year,” she added. “Snow days symbolize the holidays for many and it in one of the few times in the year that some families just have fun together.”