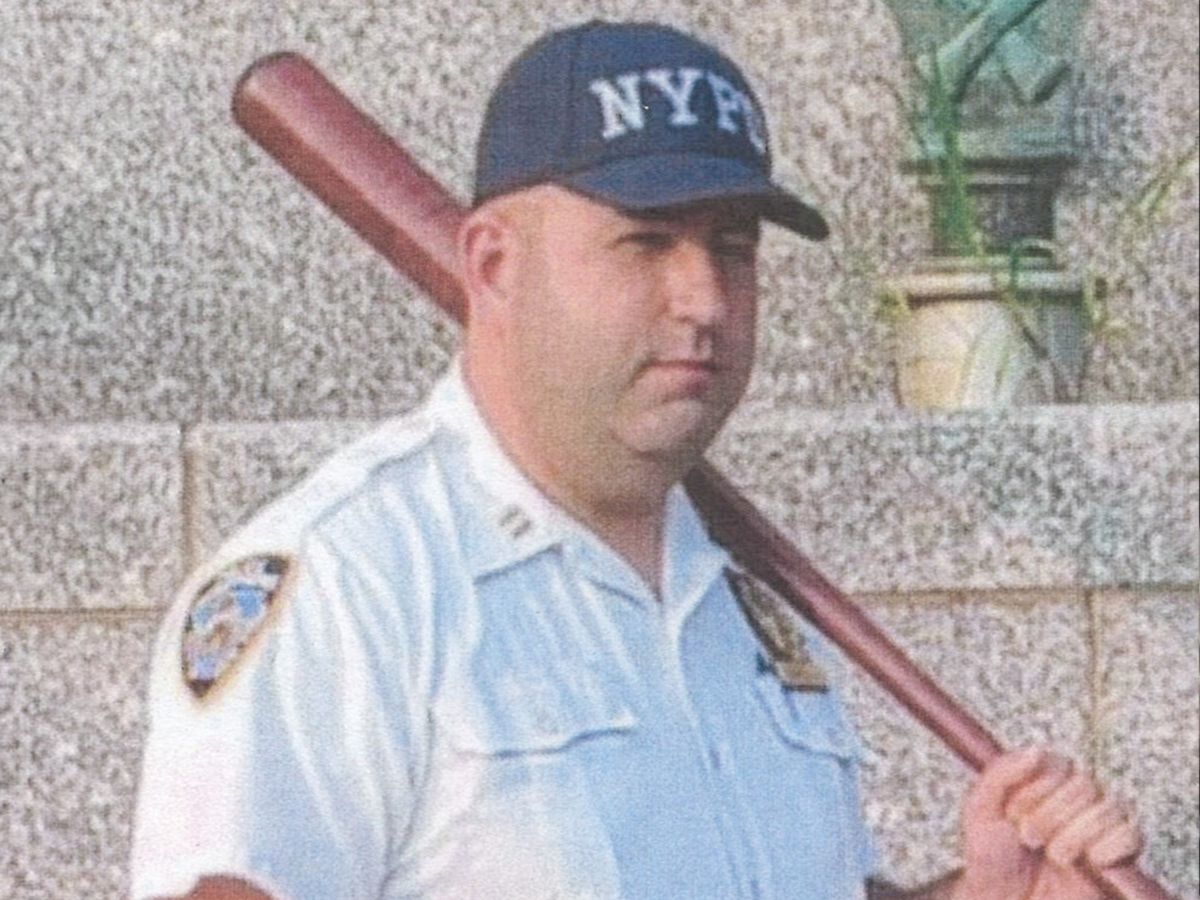 A retired NYPD officer says she quit the force — and a coveted assignment at Yankee Stadium — because her boss repeatedly raped her at the ballpark, the ex-cop claims in a Bronx Supreme Court lawsuit.

The former cop alleges NYPD Capt. Jeffrey Brienza first sexually assaulted her after work in a bathroom at the Bronx stadium in June 2020 and then continued to force himself on her for more than a year after that, according to the suit filed against Brienza and the city on Monday.

“There were times when I used to feel like it’s unending,” the ex-cop, who asked to remain anonymous, told reporters. “I would cry a lot of times. I would just wonder how am I going to get out of this. I saw no end. I felt so stuck … I just felt so worthless and without any purpose.”

The 47-year-old woman said she was working at the 50th Precinct in Riverdale when she was offered a spot on the Yankee Stadium detail in March 2020.

When the 20-year-veteran started the stadium detail, Capt. Brienza took her under his wing, she said.

But Brienza, 48, soon turned the woman into his personal driver and insisted she run errands with him, she told reporters.

Three months into her time at the Stadium, she said she noticed someone lurking behind her while she was washing her hands in a bathroom, according to the suit.

“He grabbed me from behind around my waist,” the retiree recalled. “I grabbed him and I was peeling his hands from around my waist and I felt his grip tightening and at that point I realized what he was doing, so I said, ‘No.’ He said, ‘Yes.’

The woman alleges Brienza forced her to perform oral sex on him, then pushed her up against a sink and raped her, the lawsuit details.

Afterward, he left without a word, the mother of three said.

“I was afraid. There was a lot of things going through my head. I was kind of blaming myself like maybe I could have yelled louder,” she explained.

Days later, the woman claims Brienza called her into his office, asked her if she told anyone about what happened in the bathroom and said she could get in trouble.

“Everyone thinks he’s a great guy. Everyone loves him. I was new to the Stadium,” the woman said. “I was afraid to say anything because he’s the captain.”

The alleged abuse continued, with Brienza forcing her to perform oral sex on him in his office or in her car, sometimes more than once a day, the lawsuit alleges.

“I feel like I was being pressured each time,” she said.

If she “made herself unavailable for his sexual attacks,” the suit says Brienza would give her less desirable assignments that he referred to as “piece of s–t posts,” the legal documents reveal.

During the seventh inning of one Yankees game, the woman claims that instead of taking her position outside to prepare for the end of the game, Brienza made her stay in his office.

Her boss pushed her head toward his groin and said, “You take your post,” according to the lawsuit.

“Supervisors in the NYPD have to stop viewing their subordinates as potential sex slaves,” the woman’s lawyer, Fred Lichtmacher said.

After one alleged rape in the NYPD women’s locker room at the Stadium in September, the woman decided she could not take the abuse any longer, realizing it was destroying her love of the job as well as her physical and mental health, she said.

“I couldn’t even set foot in the building. It was just the strangest thing,” she said. “It’s literally like I couldn’t move. I couldn’t go. My heart was racing and I would be sweaty. … Everyone was there but no one to talk to.”

That month, she reported the alleged assaults to a union delegate, who informed the NYPD, which started an Internal Affairs Bureau probe, she said.

The NYPD said the allegations are under investigation and declined to comment on the lawsuit. The city Law Department said it would review the case when they’re served.

Brienza was transferred to the 25th Precinct a month after the woman first spoke to IAB.

The captain could not be reached for comment, but Chris Monahan, president of the NYPD’s Captain’s Endowment Association said, “These are far fetched and reaching allegations that will be determined untrue.”

The woman retired shortly afterward and has little faith in an investigation into a higher-ranking member of the department.

“The Police Department has no room for someone like me who reported your captain,” she said. “One of the things I wanted to miraculously happen is I go back to work, but I don’t think that’s reality.”

“I would like to know no one else will go through what I went through.”