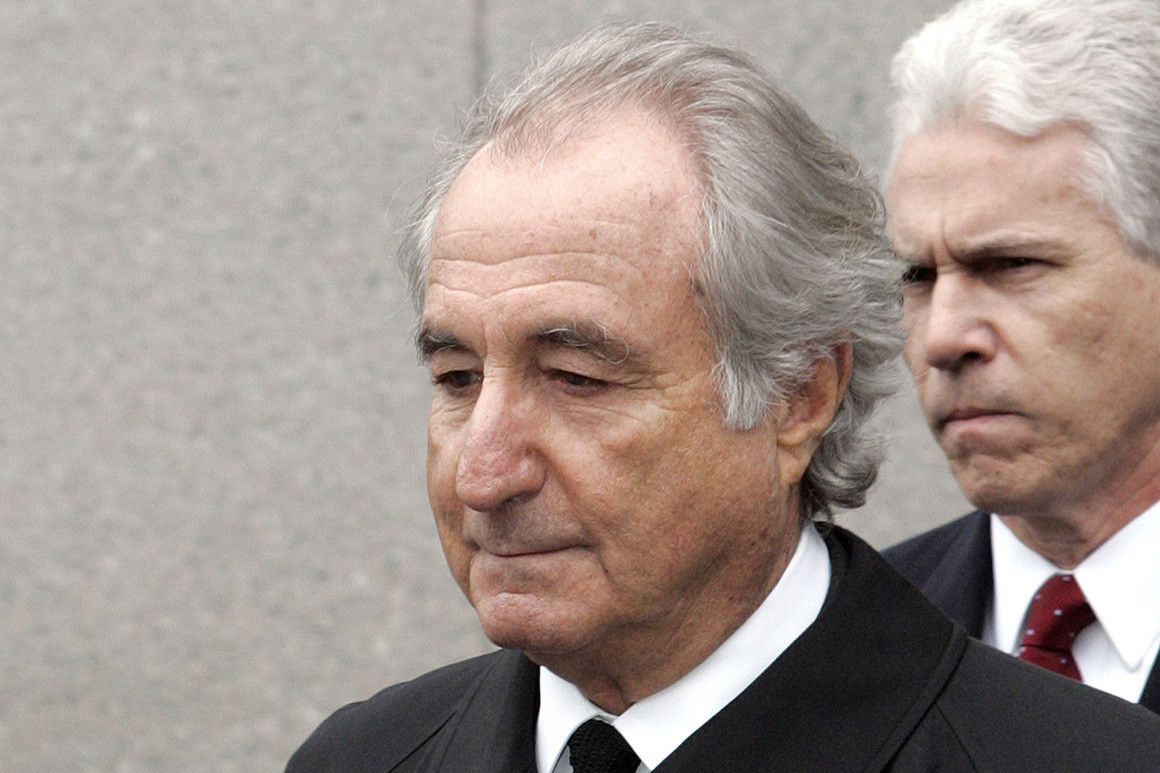 Bernie Madoff, the infamous financier who copped to orchestrating the most notorious Ponzi scheme in history, died Wednesday in federal prison. He was 82.

The villainous investor used his position as chairman of Bernie Madoff Investment Securities, a firm he founded in 1960, to steal billions from investors. In 2009, he pleaded guilty to 11 federal felonies, admitting to the decades-long con.

Last year, Madoff asked a federal judge for compassionate release, claiming he has kidney disease and less than 18 months to live. After the plea was made public a lion’s share of his victims voiced strong opposition to letting him live out his days as a free man.

The request was denied.

“When I sentenced Mr. Madoff in 2009, it was fully my intent that he live out the rest of his life in prison. His lawyers asked then for a sentence of 12 to 15 to 20 years, specifically with the hope that Mr. Madoff would live to see ‘the light of day,’” Judge Denny Chin wrote in a ruling last June.

Madoff was arrested in 2008 after admitting to his two sons that he had bilked billions from his clients, cheating many out of their life savings. His victims included the likes of former New York Mets owner Fred Wilpon, director Steven Spielberg and Nobel Peace Prize winner Elie Weisel.

Unions, pension plans and others were also devastated by the scheme.

Employing a classic pyramid scheme, Madoff made his money scamming unsuspecting investors and would pay off new customers with funds from earlier investors and provided clients with falsified account statements showing massive returns.

In reality, the bulk of his investors’ money was going into his own bank account.

Over the years, the Queens-born fraudster funded an extravagant lifestyle, living in a Manhattan penthouse with his wife, Ruth, and hosting posh parties at his Palm Beach and Hamptons beachfront homes.

Madoff was long seen as an elder statesman on Wall Street, opening his own firm at 22, rising to chair the all-electronic Nasdaq stock market and serving on the board of the financial industry’s regulator.

His position helped shake off questions and concerns from rival firms and kept the Securities and Exchange Commission at bay. Throughout the 1990s and early 2000s, the SEC received no less than five substantive complaints about Madoff’s activity. Rival investment manager Harry Markopolos went so far as to title a 2005 complaint: “The World’s Largest Hedge Fund is a Fraud.”

After evading the SEC and other regulators for years, Madoff’s stunning fall came after he fessed up to his two sons in 2008 and the pair of brothers turned him in.

“I live in a tormented state now knowing of all the pain and suffering that I have created,” he said during his June 2009 sentencing. “I have left a legacy of shame.”

His two sons, Mark and Andrew, died during Madoff’s time in prison.

Mark killed himself in December 2010 on the second anniversary of his father’s arrest.

A court-appointed trustee has recovered more than $13 billion of an estimated $17.5 billion that investors put into Madoff’s business. Much of the money was accumulated by selling off the Madoff family’s assets, including homes in the Hamptons, Manhattan and France, as well as a 55-foot yacht named Bull.

The Madoff Victim Fund, a government entity created to help people who lost money when the long-running Ponzi scheme unraveled, has received more than 65,000 petitions from Madoff clients in 136 countries as of last April, the Justice Department said.

At the time of Madoff’s arrest, fake account statements were telling clients they had holdings worth $60 billion.

In December, the DOJ said it began paying out approximately $488 million to help individuals, schools, charities, pension plans and others recoup their losses from the scheme.