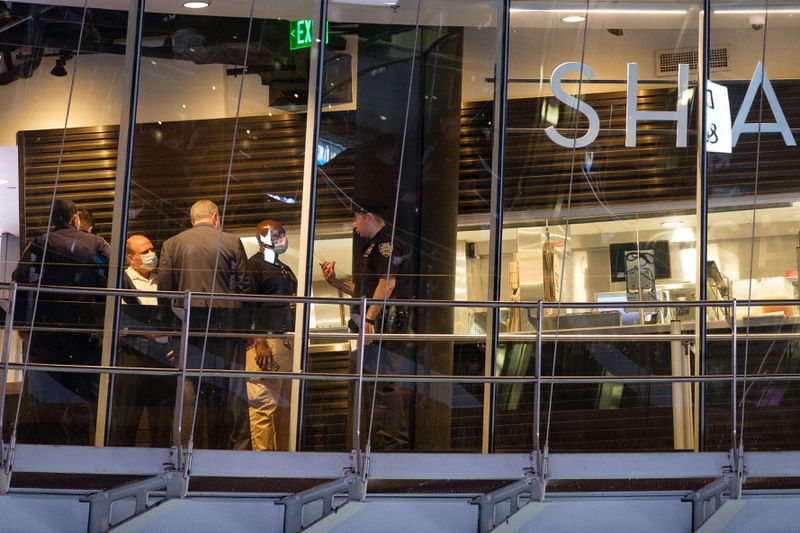 The NYPD has determined that the sickening of three cops with bleach at a Lower Manhattan Shake Shack was not intentional.

“After a thorough investigation by the NYPD’s Manhattan South investigators, it has been determined that there was no criminality by shake shack’s employees,” NYPD Chief of Detectives Rodney Harrison said in a tweet early Tuesday.

A police source said it appears that a machine used to make milkshakes at the Fulton Transit Center Shake Shack was not properly cleaned and that residue from a cleaning product that contains bleach had not been wiped or rinsed from the machine before it was put back into service.

NYPD union leaders were quick to call the incident a deliberate attack.

“When NYC police officers cannot even take meal without coming under attack, it is clear that environment in which we work has deteriorated to a critical level,” the Police Benevolent Association said on Twitter Monday night. “We cannot afford to let our guard down for even a moment.”

The PBA had not changed their statement Tuesday.

The NYPD’s Detectives Endowment Association made a similar warning on Twitter, but changed their tune Tuesday.

“Evidently, however, the toxic substance, a cleaning solution, accidentally made its way into the officers’ shakes,” the DEA wrote, thanking the detectives who investigated the case and Shake Shack employees for cooperating with police. “If so, we are all relieved to hear that this was not an intentional attempt to harm our officers and are pleased to report they will make a full recovery.”