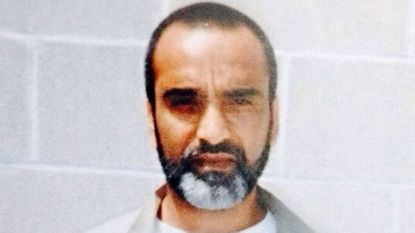 He killed her husband. Now she’s welcoming him with open arms.

Twenty-five years after a Queens woman’s uncle carried out a targeted hit on the man she loved, the widow has pleaded to a judge for the killer’s release — and she wants him to live with her.

Blood runs thick in Rubina Malik’s family, so thick that she has forgiven her father’s brother for the so-called “honor” killing and is offering a roof over his head.

Though it is unlikely that Manzoor Qadar, 60, will ever set foot in Malik’s home — he’s likely to be deported upon his release to his native Pakistan — Malik’s act of forgiveness and her reconciliation efforts are just the latest plot twists in a saga suited for a Lifetime network movie.

It’s a real-life family drama that pushes all the buttons: Love, honor, betrayal — and murder.

Malik, 42, says it’s not as complicated as that. She says she has put the past behind her and forgiven everybody involved in the murder of her husband, Shaukat Parvez.

“I decided to forgive him because I know how hard it is raising children without a father,” the soft-spoken widow told the Daily News. “I did mine and still I need a father figure in my son’s life. It’s very, very hard to have lived your life without a husband.”

But in Malik’s case there were two husbands — the man she was promised to in a marriage arranged in Pakistan by her father, Malik Rahmet Khan, an influential businessman.

And Parvez, the man she truly loved and secretly married.

Khan was furious when he learned of her secret marriage, and launched a transcontinental plot to kill Rubina and Parvez — as well as the preferred husband, who had repudiated the arranged marriage, according to prosecutors.

Malik and both her husbands fled to New York, hoping to escape her father’s wrath.

Qadar, the prosecution argued at trial, was hired by Khan to travel from England, where he lived, to New York City to find and kill Rubina, Parvez and the other husband.

On Nov. 22, 1996, Parvez was gunned down on the corner of a Queens block near his home. The shot was fired from a car in which Qadar and Rubina’s brother, Omar Malik, were the only occupants. Qadar denies firing the shot and says it was Omar Malik who did the shooting.

Qadar said that he believed he was going to mediate the family issues related to the marriage and that he did not know that Omar Malik had brought a gun.

But federal prosecutors maintain that though they cannot prove who fired the deadly shots, eyewitnesses saw two men chasing down and killing Parvez, and held Qadar responsible for the murder.

The feds said at trial in 2002 that Omar and Qadar committed the slaying for a $60,000 sum paid by Rubina’s father.

Omar fled to Pakistan after the killing and Qadar was the only person ever arrested for the crime.

Qadar applied for compassionate release at the height of the pandemic in May of last year, but U.S. District Judge Allyne R. Ross in Brooklyn denied his initial application.

“If our uncle is released we would be more than welcome to accommodate him at our home in New York, for as long as he needs,” Malik and another brother wrote in a letter to the judge filed last year, adding that their uncle showered them with “love and affection.” They did not mention the murder in their letter.

Qadar reapplied for release in October, citing reasons that included his pre-diabetes diagnosis, heart issues, hypertension, and the fact that his wife has health issues in England.

“It is well established that Mr. Qadar committed a serious and heinous crime,” Ross wrote in her decision to release him. “But it is relevant to note that Rubina, the person most closely affected by the murder at the heart of this case, feels justice has been served. She supports Mr. Qadar’s release and has offered to open her own home to him, despite his responsibility for her husband’s death.”

Federal prosecutors in Brooklyn opposed the compassionate release application in court papers, though a spokesman declined to comment on Judge Ross’s decision to release Qadar.

Even when she testified for the prosecution in 2002, Malik didn’t know if her uncle was responsible for the brutal killing.

“At that time [that I testified] I didn’t know anything, who did it, who planned it or anything. They asked me in the trial did I feel like he [Qadar] did it. I said I don’t know if he did it or not,” she said.