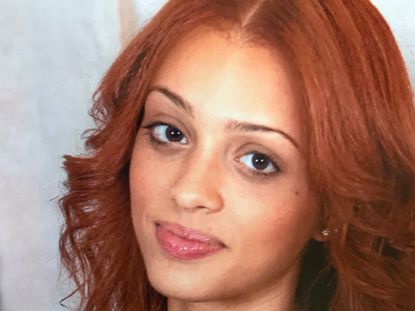 The man accused of gunning down Grammy-winning rapper Nipsey Hussle two years ago is asking for a break on his “extremely high” $6.5 million bail, claiming he’s not a risk to the public.

Eric R. Holder Jr., 31, appeared in a Los Angeles courtroom Thursday and listened as his public defender said she filed the bail reduction motion on his behalf.

The public filing argues Holder’s criminal history before the alleged shooting was “insignificant,” including only one felony conviction in 2012 for carrying a concealed firearm.

“Based on the isolated nature of this case, Mr. Holder does not pose a risk of harm to the public,” the motion states.

“Even a reduction of bail down to $4 million should satisfy any concerns by the court and the District Attorney,” the filing from Public Defender Lowynn Young states.

The filing argues Holder isn’t a flight risk because he doesn’t hold a passport and has significant family ties to the community, including a father who’s a government worker.

Judge Curtis B. Rappé gave prosecutors until next Tuesday to respond to the motion and set a follow-up hearing for April 6.

Prosecutors say Hussle, whose real name was Ermias Asghedom, arrived at his Marathon Clothing store in South Los Angeles “unannounced” on March 31, 2019 and was taking photos, talking with friends and singing autographs when Holder appeared.

The “Victory Lap” rapper and Holder had a conversation that “had something to do with Mr. Asghedom accusing Mr. Holder of snitching,” Los Angeles county Deputy District Attorney John McKinney previously told a grand jury, according to transcripts unsealed in June 2019.

After the conversation, Holder left the scene and returned a short time later. He walked up to Hussle and the other men and pumped multiple rounds into Hussle’s head and torso, prosecutors say.

“Mr. Holder was firing with two different handguns, trading between his right and his left hand,” McKinney told the grand jury.

Surveillance footage showed the shooting play out in broad daylight, with two people falling to the ground and bystanders fleeing for their lives.

Holder allegedly fled the scene with a woman who later turned herself in for questioning. Holder was arrested two days later after a manhunt by police.

The grand jury indicted Holder on one count of murder, two counts of attempted murder and weapons charges. He has pleaded not guilty.

Hussle, 33, grew up in South Los Angeles and was known for investing his time and money back in the community.

He helped spearhead a planned outdoor art museum running along Crenshaw Blvd. and invested in Vector 90, a tech industry incubator and co-working space for the Crenshaw District.

Tickets to his public memorial at the Staples Center were snapped up in a matter of minutes, with the ceremony drawing roughly 20,000 mourners.

Already Grammy-nominated at the time of his death, Hussle won two posthumous Grammy Awards in January 2020 for his songs “Racks in the Middle” and “Higher.”