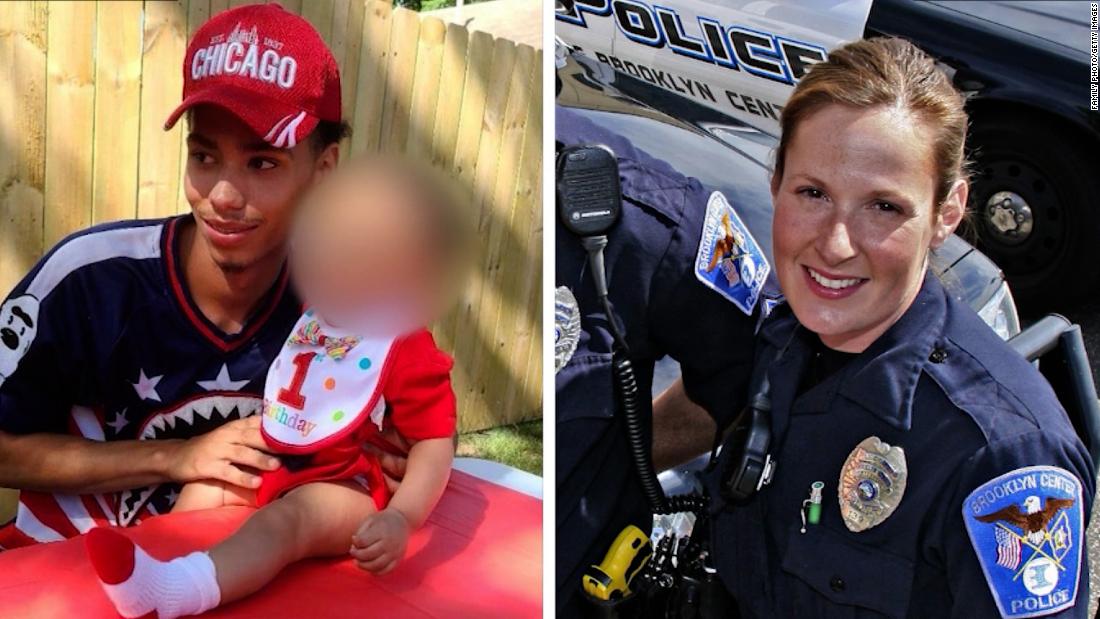 Kim Potter, the Brooklyn Center, Minn., police officer who resigned after she fatally shot 20-year-old Daunte Wright, will be charged with manslaughter.

Potter was taken into custody around 11:30 a.m. local time Wednesday by the Minnesota Bureau of Criminal Apprehension.

She is being held without bail, according to online jail records.

Potter, a 26-year veteran of the Brooklyn Center Police Department and former union president, attempted to pull the Black man over Sunday afternoon, but Wright fled instead.

The officer chased him and fired her gun, hitting him once in the chest.

“I just shot him,” Potter can be heard saying in the body-cam footage.

Wright was pronounced dead at the scene and the Hennepin County medical examiner ruled his death a homicide from a gunshot wound to the chest.

“While we appreciate that the district attorney is pursuing justice for Daunte, no conviction can give the Wright family their loved one back. This was no accident. This was an intentional, deliberate, and unlawful use of force,” Crump said in a statement.

“Driving while Black continues to result in a death sentence. A 26-year veteran of the force knows the difference between a taser and a firearm. Kim Potter executed Daunte for what amounts to no more than a minor traffic infraction and a misdemeanor warrant. Daunte’s life, like George Floyd’s life, like Eric Garner’s, like Breonna Taylor’s, like David Smith’s meant something. But Kim Potter saw him as expendable.

“It’s past time for meaningful change in our country. We will keep fighting for justice for Daunte, for his family, and for all marginalized people of color. And we will not stop until there is meaningful policing and justice reform and until we reach our goal of true equality.”

Potter, 48, claimed that she thought she had pulled out her Taser, not her firearm, Brooklyn Center Police Chief Tim Gannon said at a press conference Monday before he, too, resigned. Body-cam footage showed Potter yelling “Taser! Taser! Taser!” repeatedly before shooting Wright.

Wright’s mother, Katie, said that she received a call from her panicked son as Potter was pulling him over.

“He said they pulled him over because he had air fresheners hanging from his rearview mirror,” she said during a press conference.

“I never imagined this was what was going to happen.”

Wright’s death has sparked nightly protests in Brooklyn Center, just outside Minneapolis where Derek Chauvin is on trial in the 2020 death of George Floyd.

The Minnesota National Guard and State Patrol have responded with tear gas and rubber bullets. Hundreds of people have been arrested so far.

In Minnesota, a second-degree manslaughter conviction carries a sentence of up to 10 years and a $20,000 fine.

The Hennepin County Attorney’s Office handed the possible charges over to Washington County Attorney Pete Orput as part of an agreement that local prosecutors would transfer cases involving police use of deadly force to other jurisdictions to avoid a conflict of interest.

Brooklyn Center Mayor Mike Elliott, meanwhile, has called for state Attorney General Keith Ellison to take over the case “to ensure transparency and to continue building trust in our community.”