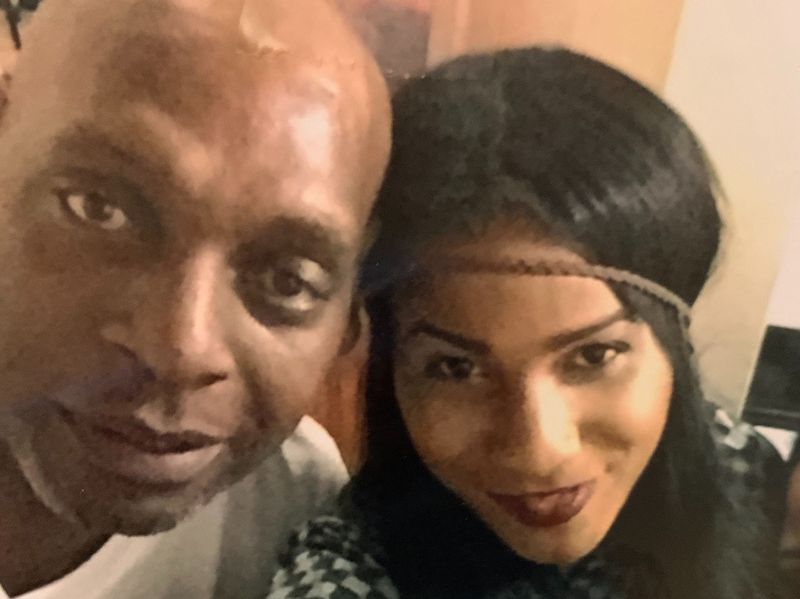 A Bronx man was stabbed to death by his 26-year-old granddaughter early Monday after they quarreled over her removing the lock to their apartment, police and relatives said.

The pair got into the argument inside 53-year-old Eric Chambers’ home on Longwood Ave. near Prospect Ave. in Longwood. As the quarrel escalated, Kimberly Roberts allegedly stabbed her grandfather in the chest and left arm about 12:55 a.m.

“It’s a nightmare,” said Christina Chambers, who is the victim’s wife and the grandmother of the suspect. “Why should my husband be 53 in his grave? What’s the sense of that?”

Roberts is a transgender woman. Her grandmother still refers to her as “he.”

Chambers, 60, said she and her husband took Roberts in after she got booted from her home in Throgs Neck five years ago. She believes Roberts started using drugs recently.

“We usually all get along,” Chambers said. “I don’t know what was wrong with Kim. Kim for the last few months would come here screaming, hollering.”

Late Sunday Chambers discovered that the top lock to their apartment door had been removed. Roberts only had a key to the bottom lock so when she came home at odd hours would have to knock to be let in, exciting the family’s dogs, Chambers said.

When they discovered the lock missing, Chambers immediately called her granddaughter.

“I told him to bring the lock back so we could put it back on,” she said. “I wasn’t gonna do nothing to him — he is my first grandson.”

Roberts returned to the apartment angry.

“Eric asked him where’s our lock, so we can put it back on,” Chambers said. “We would have put it back. He’s handy like that, my husband.”

Chambers said Roberts responded, “Yeah, motherf—er, I took it off, what you gonna do?”

“Next thing you know, they were scuffling in the living room,” Robers said. “I was coming down the hallway, I banged on my son’s door so he could break up the fight. He came out the room, he broke up the fight, and Kim left. My husband came to me, back to my room, and showed me the gashes on his arm and on his chest.”

Paramedics came and tried to stabilize her husband but by the time he got to Lincoln Hospital he was beyond saving. She wasn’t allowed to join him at the hospital because of COVID risks.

“He lost a lot of blood in my room and all over the house,” she said. “I can’t believe my husband is just dead. It happened so quick.”

“Kim answered the phone,” Chamber said. “Two big cops were here when I called. I put him on speaker and I said, ‘You know something? You murdered your grandfather when you stabbed him.’ He started crying. And he said ‘I’m on my way back to the house.’ And they arrested him.”