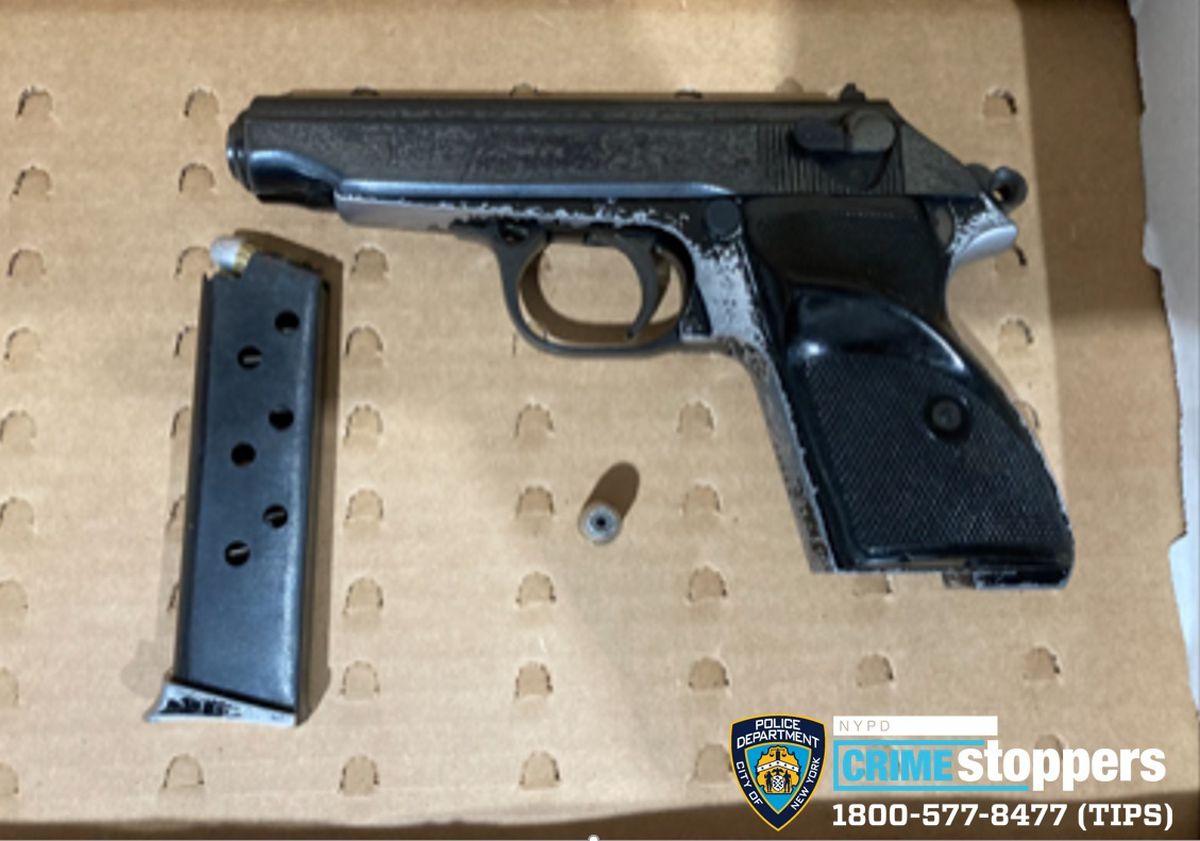 A 23-year-old man shot and wounded by NYPD cops in a Manhattan park pointed his gun at them even after they told him in Spanish and English to drop the weapon, police said Monday.

Officers were rushed to Fort Washington Park in Washington Heights about 8:15 p.m. Sunday after getting a 911 call from a man who said he was near the baseball fields when he was fired at by a man following him.

When officers arrived they and the 911 caller, who was not struck, spotted Martin Quezada near the famed Little Red Lighthouse, police said.

Quezada would not drop his weapon, pointing it at officers even as they yelled in two languages for him to drop it, police said.

It is not yet clear how many cops shot at him or how many bullets were fired.

Quezada was hospitalized in stable condition at Mount Sinai Morningside after being struck by police bullets in the upper leg. He has not yet been charged.

Cops say they recovered Quezada’s gun and released a photo of it.

The police shooting was the third in less than a week, although in the two earlier incidents nobody was struck.

Early last Wednesday, an officer in Cypress Hills fired at a car whose driver, seen trying to break into other vehicles, tried to run him over, police said. The suspect and an accomplice got away.

A day earlier cops exchanged gunfire with a suspected robber outside a Bronx deli near E. 163rd St. and Fox St. in Foxhurst.