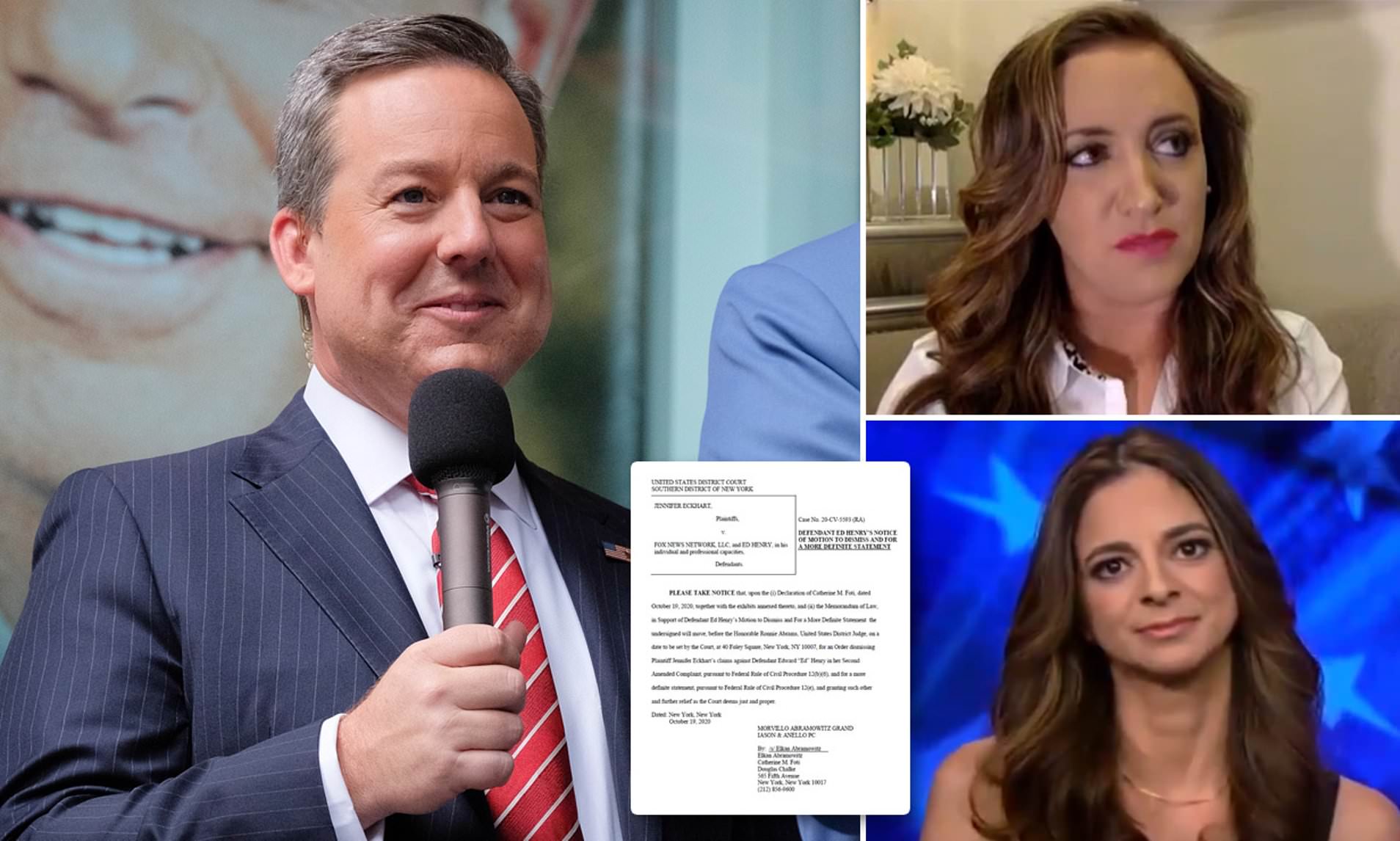 The accuser, Jennifer Eckhart, likened the move to efforts by notorious #MeToo villains like Harvey Weinstein and Matt Lauer to smear victims and portray sexual assaults as consensual encounters.

Eckhart sued Henry and Fox News in July, claiming he’d placed her in handcuffs and raped her in a hotel room in 2017. The former freelance assistant for Fox Business host Liz Claman shared creepy sext messages from Henry, including ““f— you and your safe word.”

Henry fired back in a Manhattan Federal Court filing late Monday, portraying his relationship with Eckhart as entirely consensual and often initiated by her.

“Eckhart has cherry-picked communications, selectively quoted only portions of those communications, and failed to include crucial evidence of her interactions with Mr. Henry to paint a false and libelous narrative of what was clearly a consensual relationship between two adults,” Henry’s attorney Catherine Foti wrote.

“While some photos are more demure and others are extraordinarily graphic, all are sexually explicit,” Foti wrote.

Eckhart and her attorney were outraged.

“Rape is rape, and can never be ‘justified’ or ‘excused.’ No man is entitled to violently rape a woman because she sent him consensual looking text messages,” Eckhart said. “Moreover, to be clear, some of these photographs are not even of me. My abuser’s continuing attempt to intimidate and bully me into silence reveals his toxic and predatory mindset.”

“This conduct should be universally condemned, as it has been when victims of Harvey Weinstein, Bill Cosby and Matt Lauer were similarly maligned,” Eckhart’s attorney Michael Willemin added.

Fox News fired Henry, who had served as chief White House correspondent, shortly before the lawsuit was filed.