Driver charged with plowing through protesters in Manhattan ICE demonstration 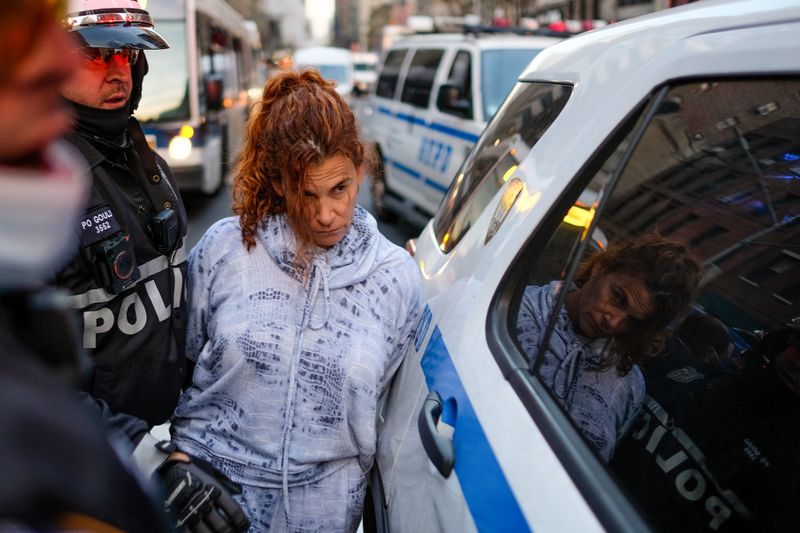 The driver who plowed through a crowd of Manhattan protesters — sending six people to the hospital — has been charged with reckless endangerment, police said.

Kathleen Casillo, 52, of Queens, was given a desk appearance ticket following Friday’s crash at E. 39th St. and Third Ave. in Murray Hill.

The protesters were marching in solidarity with hunger-striking detainees of Immigration and Customs Enforcement held at the Bergen County jail in New Jersey, according to social media posts, when Casillo drove her 2019 BMW into the marchers’ path.

Protester Desmond Marrero, 25, said the group was marching west on E. 39th St. when the car rolled up to them from behind.

“People weren’t aware. They couldn’t even see it coming. How are you going to hit people who can’t even see you?” Marrero told the Daily News Friday.

“One of the guys who was hit pushed me out of the way,” Marrero said. “I turned and watched as he went up into the air and flipped over. It was traumatizing.”

Once she was clear of the group, Casillo was flagged down by police and was taken into custody.

Casillo told police she panicked and hit the gas as protesters began banging on her car and trying to open the doors. Her 29-year-old daughter was in the car with her but not charged, police said.

Six protesters suffered minor injuries. Most of the wounded were taken to Bellevue Hospital for care.

Protester Nicolle Besuden was arrested for interfering with a city EMT giving medical aid to one of the injured protesters, cops said.

Besuden was charged with disorderly conduct and obstruction of governmental administration and also given a desk appearance ticket, police said.

She refused to talk to the Daily News when reached at home Saturday.