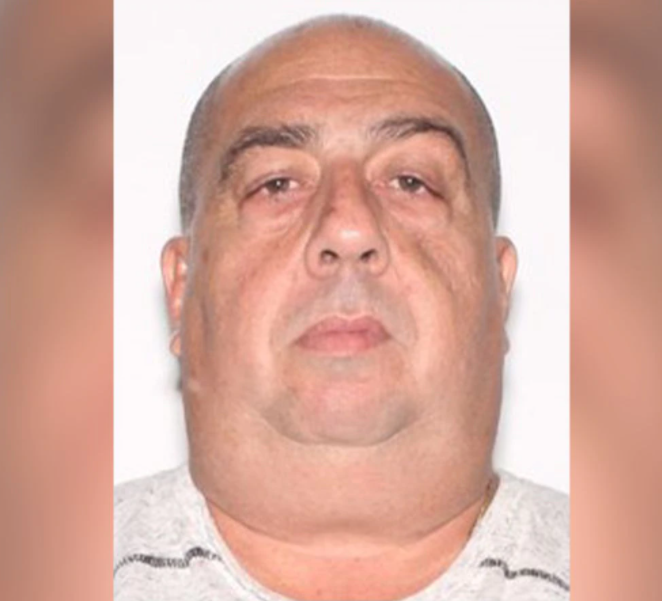 A woman’s ex-husband is accused of killing her companion in broad daylight Monday outside a federal immigration building in Florida, a shooting police described as “domestic in nature.”

The gunfire sent people running for their lives and sparked a lockdown at the U.S. Citizenship and Immigration Services facility in Orlando. The suspect, later identified as 52-year-old Alberto Rivero-Milian, was taken into custody after a police chase that ended in nearby Kissimmee, authorities said.

Rivero-Milian’s ex-wife and the victim were walking into the building just before 10 a.m. when the suspect drove up next to them and confronted the pair, according to police. He then fired multiple shots, fatally striking Alberto Dominguez-Ortiz, who was also 52, police said.

The woman was able to escape and was not shot, Orlando Police Lt. Diego Toruno told reporters at a news conference.

The accused gunman was spotted by an officer moments later but refused to pull over, prompting a pursuit for several miles, authorities said. He was eventually arrested and booked into the Osceola County Jail, where he was being held on $25,000 bond, records show.

The USCIS facility was placed on lockdown for at least half an hour after the shooting. Those inside the building described the chaotic scene that ensued after shots were fired.

“Everybody was running, trying to find cover,” Bonnie Brandão, who was there to take her citizenship test, told The Orlando Sentinel. “We thought somebody was coming inside to shoot the place up… I was kind of panicking.”

Rivero-Milian’s exact motive was not immediately disclosed. He was expected to be formally charged Tuesday.