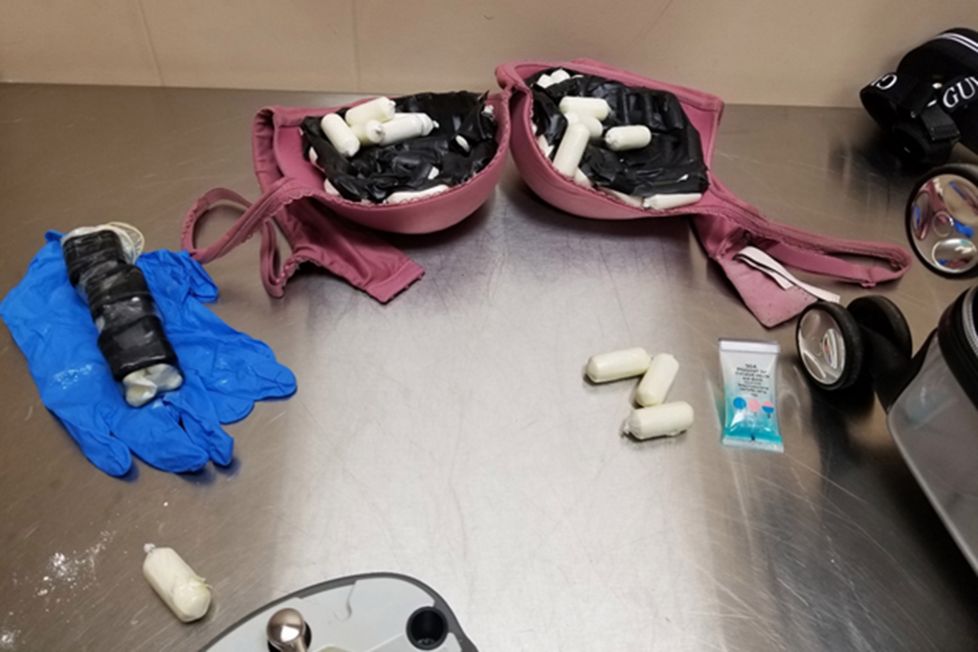 A woman carrying about three pounds of cocaine in her body and in her purse was busted as she arrived at Kennedy Airport from the Dominican Republic, officials said Tuesday.

The cocaine found on and in Yerlina Lantigua Hernandez DeNova, 35, on Friday was divided into about 100 pellets, U.S. Customs and Border Protection officials said.

She was then taken to a private inspection room, where more pellets were found secreted inside her bra.

Then, during questioning, DeNova said she had inserted pellets into her body vaginally and anally, officials said. DeNova was “full of pellets,” Customs and Border Protection said in a news release.

The white powder in the pellets tested positive for cocaine, officials said.

Authorities estimated the street value of the seized cocaine at $94,000. DeNova was arrested on federal narcotics smuggling charges.