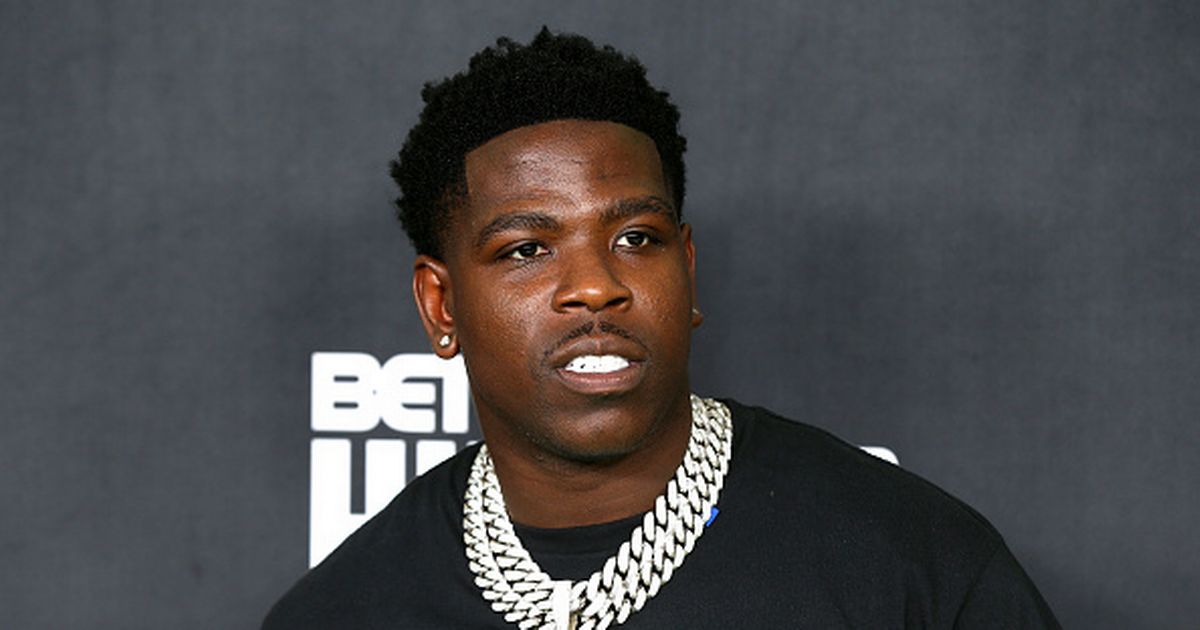 From behind bars, the founder of the Untouchable Gorilla Stone Nation leads a disciplined hierarchy of gangsters — including Brooklyn rapper Casanova — who deal drugs, attack rivals and even scam COVID relief programs through a sham nonprofit, prosecutors say.

The indictment of the rapper and 17 other accused “Rillas” this week provided an unusual look into the command structure and lingo of the violent gang with a national presence. Gorilla Stone is particularly influential, the feds write in a detailed Manhattan Federal Court memo, in the five boroughs, Upstate, in New York prisons, North Carolina and Florida.

The crimes charged in the indictment naming Casanova and others include murder, two attempted murders, two gunpoint drug robberies, a slashing and a large-scale drug dealing operation.

“Most concerning is the organizational commitment to violence,” Logarajah wrote. “Gorilla Stone members violently enforce internal laws and have access to an alarming supply of firearms.”

At the top of the gang is Dwight “Dick Wolf” Reid, who is serving 50 years to life in prison for the point-blank execution in 2014 of a 33-year-old man inside a Harlem bar after an argument, authorities say. Reid shot the victim, a total stranger, in the forehead and then continued pistol whipping him as he lay dead.

Recorded prison calls allegedly revealed that Casanova shares revenue from his music career with Reid, who was held at Auburn Correctional Facility north of Ithaca.

Beneath Reid are eight sets, referred to as “Caves,” such as the Money Gang Cave, Immortal Stone Gorilla Gang Cave and the Reign Cave.

“Thirsty for someone to give me reason to clap ‘em,” the leader of the Money Gang cave, Walter “Shells” Luster allegedly told a fellow member.

Each cave has its own command structure and responsibilities, including the “Dept. of Security” that is tasked with “arming up” members, according to the feds. The “Dept. of Education” shares the history of the gang and focuses “on areas that are imperative to our growth and development,” according to a breakdown of responsibilities obtained from a suspect.

Gorilla Stone members refer to acts of violence as “pushing the button,” according to the memo. The gang’s collective fund is “the kitty,” and guns are referred to as “duffle.” A common greeting among gang members is “Empire.”

“Your wife, me, everybody else, we need to get paid the correct amount of bread and the only way we going to do that is through donations and grants. And then your wife, she don’t have to worry about working and none of that. You ain’t got to worry about sh– like that no more,” Erskine allegedly told Reid in a recorded prison call.

Brandon “Stacks” Soto is accused of participating in the the Sept. 21 murder of a 15-year-old on a busy street in Poughkeepsie. He allegedly drove the shooter to the scene — and then panicked when the car was towed by the NYPD four days later, according to prosecutors.

“I need some assistance out here. IDK what else to do,” he allegedly texted.

The ride was then stolen out of an impound lot and torched in a secluded spot in Upper Manhattan, prosecutors wrote.

One of the 16 Gorilla Stone rules decrees “Communication is a must, you must check in with some one in your chain of command in order to know where your going and a list of enemies that has to crushed on sight.”

Casanova’s attorney James Kousouros said the rapper strongly believes he’ll be exonerated. Attorneys for other accused gang members did not respond to inquiries or declined comment.