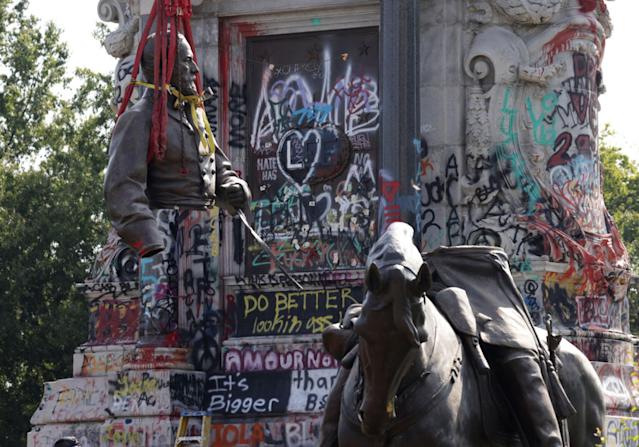 A young man who suddenly died this week after being marooned on Rikers Island would have gotten out on $1 bail were it not for a series of bureaucratic snafus, his family told the Daily News.

Esias Johnson, 24, was held on Rikers far longer than he should have been because city Department of Correction officials failed to bring him to up to three court appearances during the cruel month he languished in the Anna M. Kross Center, according to his parents. He was sent to the troubled jail complex on Aug. 7 and found dead Tuesday of what sources described as a possible overdose, though that remains unconfirmed.

“He had been talking about the court dates. He was saying, ‘I’m giving people the info and they aren’t doing what they are supposed to do. Nobody is helping me. I feel I’m going to be stuck here,’” said his mom, Tracy Johnson, 48. “He gave them the information and they didn’t listen to him.

“We tried paying the bail on line, but they said we couldn’t. He had commissary money and could have paid, but they said he still needed to be seen by a judge. But they weren’t bringing him to court.”

The family’s lawyer Jamie Santana told The News that the failure to produce detainees for court has been a growing problem in recent months as Rikers reels from a rising population and a staffing crisis that has DOC officials and the unions pointing fingers at each other. Ten detainees have died in the system since December, a huge spike over 2019 and 2020.

“As more information comes to light, his death was clearly avoidable,” Santana said. “It’s no coincidence he was the 10th inmate to die…It’s a bad situation there with deplorable conditions and a lack of medical care. While the system continues to play the blame game, people are dying.”

Prosecutors and jail officials did not immediately answer requests for comment.

Johnson was arrested Aug. 6 in Forest Hills, Queens, on misdemeanor charges for slapping a straphanger on the butt on the subway, then chasing him into a bank with a syringe.

When he was being processed, cops found a misdemeanor warrant issued June 21 by the Hunterdon County Prosecutor’s Office in New Jersey. Johnson allegedly sent a threatening text message to someone in Raritan Township, a community of 22,000 people near Flemington about 70 miles from the city.

A Queens Criminal Court judge appears to have ordered him held on the warrant, records indicate.

In order to resolve the warrant from New Jersey, Johnson was most recently slated to have a video conference on Aug. 18. Parents expected him to be released from Rikers while the New Jersey case was pending. But DOC officials didn’t produce him, they said.

“He gave them the information a week prior and they never brought him forward for that or other court dates,” his mother said. “If they did, he would have been out.”

Court records show he was also supposed to have appearances Aug. 19 and Aug. 20, but those were postponed to Sept. 9 and Sept. 20, respectively.

The city Medical Examiner has yet to issue a cause of death. DOC officials are investigating.

Esias Johnson’s father Jerome Johnson said he was upset that the possibility his son overdosed leaked out of the jail system and was covered by the press.

“He just had the autopsy (Wednesday) and we don’t have the toxicology yet. It’s like a pre-emptive strike to make my son look bad,” the dad said.

Johnson grew up in Haverhill, Mass., one of six boys to Jerome and Tracy Johnson. He was diagnosed with Asberger’s-related autism at a young age, but he excelled at his schoolwork, his parents said.

After attending a therapeutic school, he finished high school at Haverhill High because he “wanted to go as a regular kid,” his mom said.

“He was a high honors student,” Tracy Johnson said. “He was a kind, gentle, very uplifting person.”

The grieving parents said Johnson often volunteered his time in Haverhill at food pantries and an organization that helps the blind. He also tutored kids after school at the Salvation Army there.

“He would dance around the city. Everyone knew him as ‘Izzy.’ He was infatuated with Michael Jackson, with dancing and singing,” his mom said.

Several years ago, he worked as a youth leader with Granite United Church until the church learned he was gay and cruelly kicked him out.

At the same time, he struggled with mental illness, they said.

Johnson developed a fascination with the Big Apple. “He ended up chasing the bright lights,” his mom said. “He was trying to find himself. And he had a kind of social anxiety. It was hard for him to have a normal relationship.

“He never harmed anyone, never hurt anyone,” she added.

The parents said Johnson was staying at a Fairfield Inn in Queens and was involved in some kind of social services program. “He would contact us every single day. He would call me all day long,” his mom said.

He most recently expected to be released Friday, he told his mom the day before he died. He wanted to return to Haverhill to celebrate the recent birth of a nephew.

“He told me, ‘I should be home Friday. I gotta go to court. I know they will be releasing me,’” his mom said. “He just said it was horrible over there and no one was listening to him as far as trying to help him out.”