Bronx man shot in the head, badly wounded, outside his apartment building 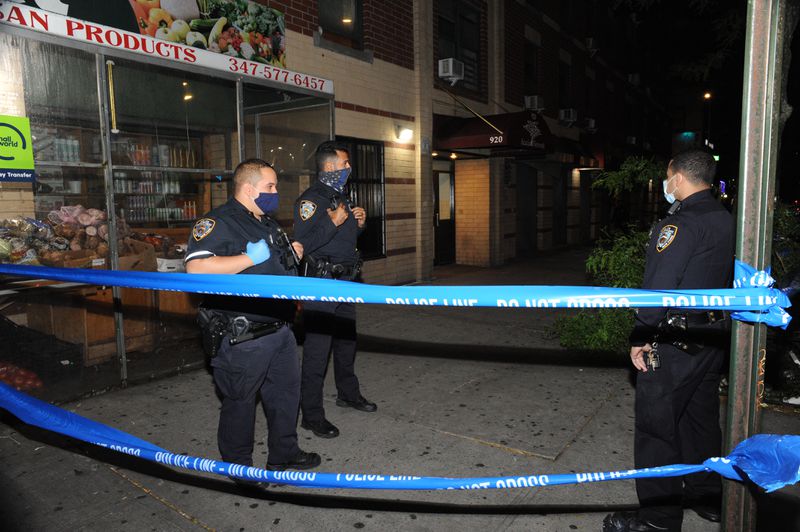 A gunman chased and shot a Bronx man in the head outside his apartment building Wednesday night, authorities said.

The man, identified by friends and neighbors as Jaguar Housey, 29, was shot on Prospect Ave. and E. 162nd St. in Longwood just after 8:15 p.m. Medics took him to Lincoln Hospital in critical condition.

“He was running and the next thing you know, he was lying in front of the building in the street,” said a witness, who didn’t give his name. “There were about four shots. He was face-down on the pavement, bleeding from the head. He wasn’t moving at all.”

Cops said the shooter argued with the victim before opening fire. Police were looking for a Hispanic man wearing a red sweatshirt and gray sweatpants who ran north on Prospect.

Housey lived on Prospect with his mother, neighbors said. He just had a baby girl a month ago, said one family friend, who wouldn’t give his name.

“He just had a baby. I asked him the other day if he was done, and we laughed. He’s a good guy,” the friend said.

Police made no immediate arrests in the case.