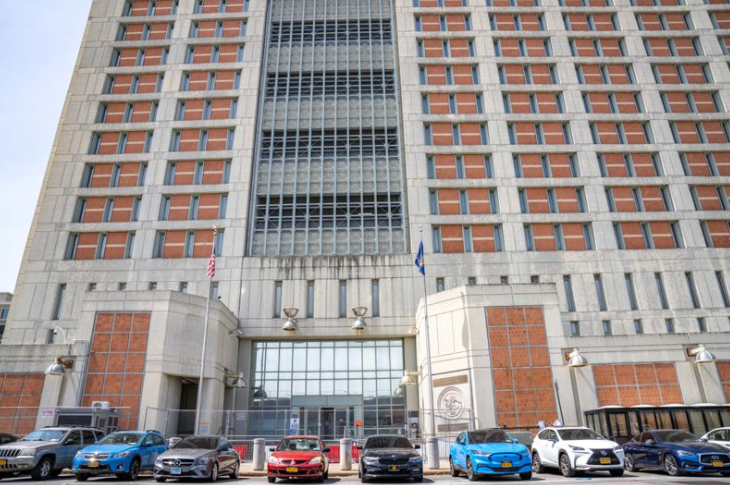 Coronavirus is running wild yet again in a Brooklyn federal jail, resulting in inmates missing urgently needed medical treatment, an accused high-ranking member of the 59 Brims gang says in a new court filing.

Jerlaine “Noni” Little, 31, is in agony due to a painful twisted intestine that has required surgery since September, according to the filing from her attorney in Manhattan Federal Court. Officials at the Metropolitan Detention Center have allegedly told her an operation is not an option as the lockup faces another COVID outbreak.

On Dec. 29, there were 107 prisoners at the MDC with the coronavirus. Four days later, that number had almost doubled to 200, or roughly 12% of the jail population, according to Bureau of Prisons data cited by Little’s attorney Lorraine Gauli-Rufo.

“It is probable that these chronic issues requiring surgery will continue to go unaddressed by the MDC for at least several more months, in light of the COVID crisis the MDC is facing,” Gauli-Rufo wrote.

In the meantime, Little says has been treating her painful stomach problem with Pepto-Bismol and fiber tablets. The ailment has prevented the alleged 59 Brims “Godmother” from going to the bathroom for two weeks at a time. She has limited access to clean drinking water at the troubled lockup due to widespread concerns among inmates that it isn’t safe, according to Gauli-Rufo’s letter filed late Thursday.

“Ms. Little continues to have severe pain and vomiting,” Gauli-Rufo wrote, asking for her client to be granted bail.

According to Little, 22 out of 35 women in her dorm tested positive for COVID as of Thursday.

The explosion in cases has prompted a return to lengthy lockdowns, the filing states.

“At times the inmates have only been allowed out of their cells for only 30 minutes, an hour, an hour and a half, two hours per day, or not at all. Normal food service has been interrupted,” Gauli-Rufo wrote.

On Friday, the National Association of Criminal Defense Lawyers said that the outbreak at MDC was concentrated in the women’s wing of the jail. There are 1,627 inmates at the lockup on the Sunset Park waterfront, including Ghislaine Maxwell, who was found guilty last week of enticing Jeffrey Epstein’s underage sex abuse victims.

Little’s account is reminiscent of complaints about MDC from the early days of the pandemic. In November 2020, a Justice Department watchdog concluded that the true extent of the first COVID wave earlier that year would never be known due to a lack of testing.

Deirdre von Dornum, the Attorney-in-Charge of the Federal Defenders in Brooklyn, called Little’s situation “deeply troubling but not at all surprising.”

Little was charged with 17 others in a February 2020 indictment accusing members of the 59 Brims gang with racketeering, drugs, weapons, and murder charges. She’s pleaded not guilty to pistol whipping a rival during a gunpoint robbery, as well as other charges.

A BOP spokesperson did not respond to a request for comment.