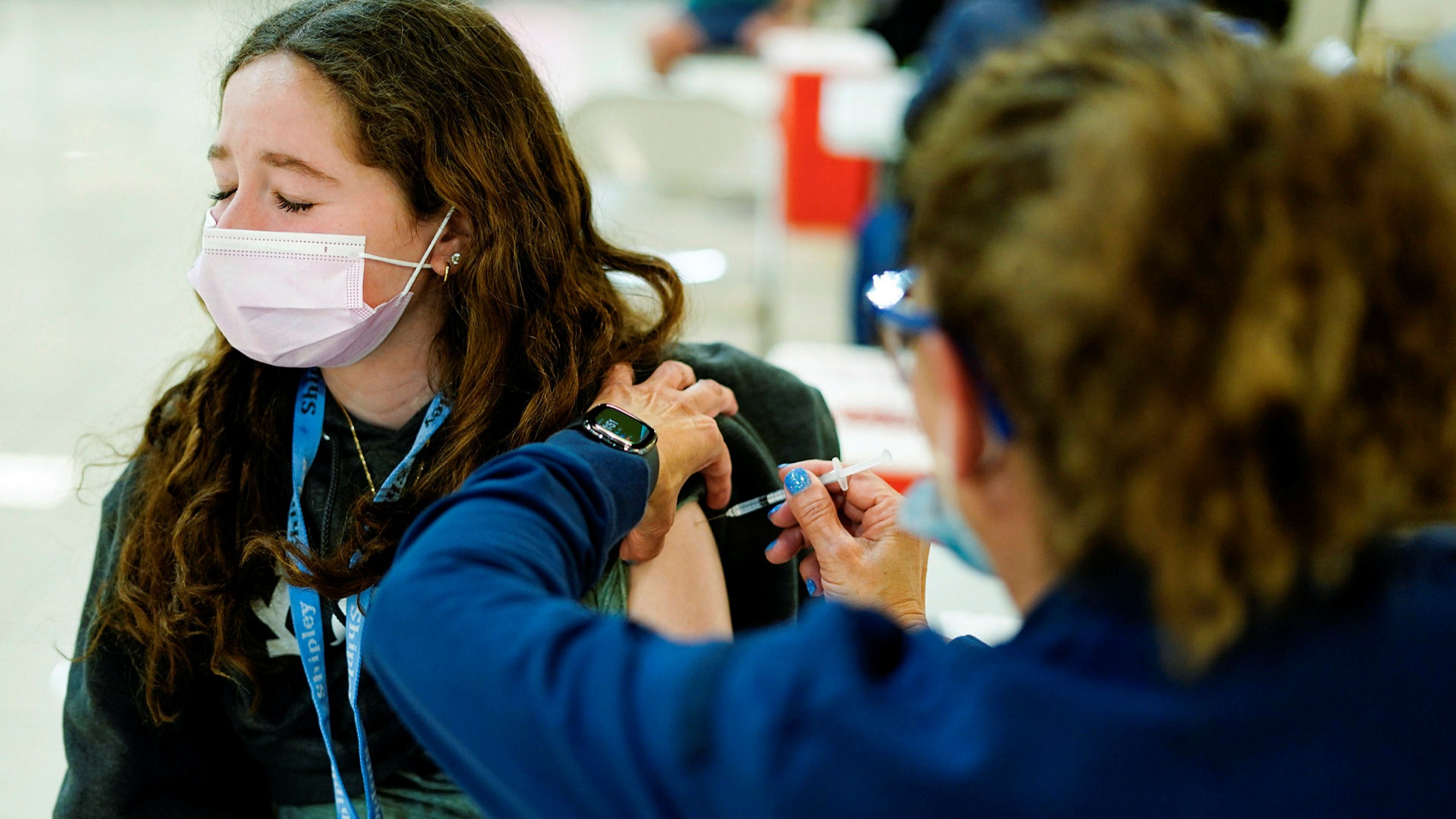 The plan will send mobile sites to parks and other kid-friendly spaces over the next three months, according to the governor’s office.

COVID-19 continues to kill dozens of people daily in New York State, and Hochul is hoping to reduce the threat of spread in schools.

“Parents, protect your kids,” Hochul said in East Flatbush, Brooklyn, on Tuesday morning as she stood in front of a white vaccine van and detailed the program.

“This is the combination of their seatbelt, their bike helmet and car seat, everything else that you would do naturally to protect your child,” Hochul added. “Getting them vaccinated should be just as natural as that.”

About 40% of children between the ages of 12 and 15 — the youngest eligible group — have not received a single coronavirus shot in New York, according to state data. By comparison, less than 15% of adults over 55 have gone without at least one jab.

The Food and Drug Administration authorized the Pfizer vaccine for kids over 12 in May. The inoculation has also been shown to be safe in children ages 5 to 11, according to the drugmaker, leading to hopes that the youngsters could start getting shots by Halloween.

The governor’s office said the new popup spots will reach every area of the Empire State and will be paired with outreach efforts specifically tailored to the state’s diverse regions.

“It starts in neighborhoods like this in central Brooklyn,” Hochul said. “The vaccinations are available. They’re free. And they’re right here on the ground.”