Britney Spears breaks down in tears in 2nd address to court: ‘My dad needs to be removed today’ 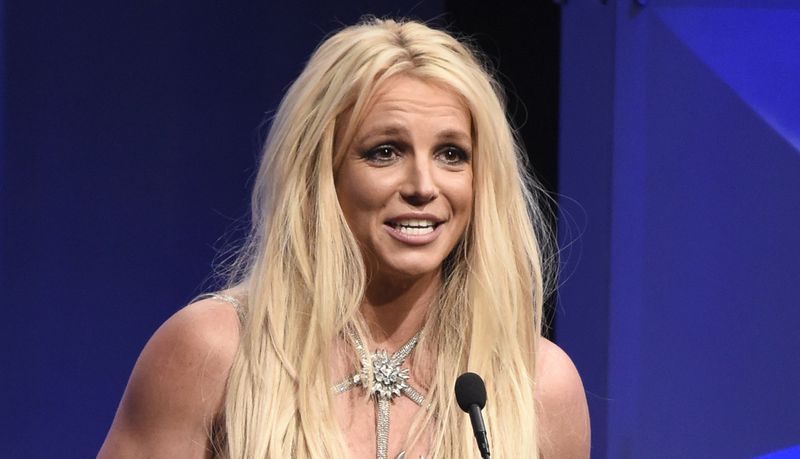 Britney Spears broke down in tears at another hearing in her careening conservatorship Wednesday, begging a judge to strip her dad of any control over her life.

“This conservatorship is literally allowing my dad to ruin my life,” she said during surprise sworn testimony given over a phone line in open court.

“I’m here to press charges for abuse because I am angry and I will go there,” she said.

Spears, 39, spoke out again after giving blockbuster statements June 23 that finally made clear she considers her conservatorship “abusive” and “demoralizing” and wants it to end.

“My dad needs to be removed today,” she said Wednesday, echoing her prior appeal. “I want an investigation done on him.”

She described the “cruelty” of the conservatorship as running the gamut from denial of her beloved coffee drinks and hair vitamins to withholding her driver’s license and confining her at home.

“If this is not abuse, I don’t know what is,” Spears said.

Los Angeles Superior Court Judge Brenda Penny urged Spears to take all the time she needed to compose herself after she broke down talking about how she was forced to attend a mental health rehab program in 2019 against her will.

Spears recalled how a therapy dog would sit with her to console because she felt abandoned by her dad, who oversees her $60 million fortune as conservator of her estate.

The “Toxic” singer said she has “serious abandonment issues” that date back to when she was a child and would ask her mom Lynne Spears to remain visible in a window during her dance classes.

“I’ve always been extremely scared of my dad,” she said. “I thought he was going to show up drunk.”

While Spears reiterated she wants out of her court-ordered conservatorship, she was adamant she’s not willing to undergo another round of extensive psych exams.

She recalled sitting through three such exams in the past, administered in high-rise buildings in Beverly Hills, and feeling they were useless.

“No, I’m not perfect,” she said, owning up to what she called “mistakes, breakdowns and angry tantrums” in her past.

But “the thing that made me the craziest” was feeling belittled and unheard under her conservatorship, she said.

Judge Penny thanked Spears for her testimony and made several rulings from the bench.

Rosengart, a former federal prosecutor, appeared in person and called on Jamie Spears to listen to his daughter and immediately resign without a fight.

“We ask in open court here today whether or not Mr. Spears with voluntarily step aside. If he loves his daughter, it’s time to step aside,” Rosengart said.

Jamie Spears did not address the court, but his lawyer Vivian Thoreen said he deserves a chance to defend himself. “He loves his daughter, and he only wants the best for her,” she said.

Thoreen added that “serious charges are being made,” and “a lot of misstatements” need correcting.

“Many of her characterizations and memories are just incorrect,” she said of Spears’ testimony.

Thoreen said Jamie Spears would not resign on the spot and went on the offensive against Britney’s conservator of her person, Jodi Montgomery.

Britney’s June 23 accusations that she was forced to attend therapy sessions at locations that made her uncomfortable, forced to keep an IUD in her body against her wishes, cut off from communication with her AA friends and deprived of self-care services such as massage and acupuncture for a year all fell under Montgomery’s purview as Britney’s personal care manager, Thoreen charged.

Jamie is no longer involved in his daughter’s medical care and “no such order exists” that would ban Britney from removing her IUD, the lawyer added.

Judge Penny did not take action on Jamie’s role as conservator but did accept the resignation of the wealth management firm Bessemer Trust.

The jurist also delayed any decision on the temporary round-the-clock security requested by Montgomery after a recent spike in harassing messages and death threats.

“I just want my life back,” Britney said last month.

“It’s been 13 years and it’s enough. It’s been a long time since I’ve owned my money, and it’s my wish and my dream for all of this to end without being tested.”

“I deserve to have a life. I’ve worked my whole life,” she said.

“I feel ganged up on, and I feel bullied, and I feel left out and alone. And I’m tired of feeling alone. I deserve to have the same rights as anybody does by having a child, a family, any of those things.”